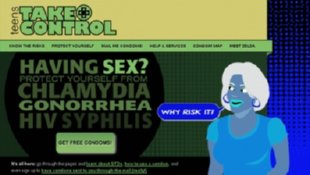 was completely disturbed on hearing the news of a new program being administered by the Philadelphia Department of Public Health called ‘Teens Take Control’, through which they are offering to mail and give away on site free condoms to children as young as eleven (11), under the banner of ‘protecting yourself’ from sexually transmitted diseases (STD’s).

But in light of this wave of city health departments across the country trivializing sex for kids, what I am going to do here is focus my argument solely on the use of male condoms and demonstrate why they are always immoral and how they objectify women.

How are Condoms Immoral?

Concerning condoms, very few people realize that up until 1930, all Protestant denominations were in agreement with the Catholic Church’s teaching that using artificial contraception was a sin. It was not until after 1930 when the Anglican church, swayed by growing social pressure and a shift in public opinion, announced that contraception would be allowed in some circumstances. And it was not long after that self-inflicted crack in the doctrine did the Anglican church completely caved in by allowing contraception across the board. Since that time, all other Protestant denominations have followed suit. Today, the Catholic Church alone proclaims the historic Christian position on contraception.

We know that condoms are never what is best for a woman because it diminishes the value of her womanhood given to her by God alone. What I mean by that is that God gave all of man to woman – not just some of him or half of him – not just his mind or his body, but all of him God gave the woman as to be her spouse. So what condoms effectively do is cheat a woman out of what God had predestined for her from the beginning. As I wrote in The Best Reasons to Save Sex for Marriage, as God is Triune, similarly sex/conjugal love also has three dimensions; it is (1) Unitive; (2) Procreative; and (3) Divine. So, what the condom does is create an artificial barrier to prevent any of these three God-designed dimensions from occurring.

By unitive I mean that conjugal love has two unitive features; first, it brings together opposites, and it is because these two persons are opposites that they are also unitive – they naturally fit together. Secondly, the act of conjugal love itself is a unitive act as the man literally enters the woman and becomes one with her. Condoms inveigh against this unitive dimension of sex because it creates an artificial (latex/sheepskin) barrier and, thereby, blocks true physical union. This is why in Catholic theology, contracepted intercourse does not even qualify as a consummated marriage.

By procreative, I point to the special biological feature that we humans, indeed, most mammals, have as a part of our procreative nature. Because conjugal love is for opposites it is unitive and because it is unitive it is also procreative; meaning that it brings forth new life. These opposites in holy matrimony come together to create a new thing that is composed of an equal amount of chromosomes from each one of them, and the new life that they create is permanent; meaning that man and woman cannot uncreated what their union has created. Because marriage is permanent, so is a new life that marriage produces. Condoms (though with a 20% failure rate) inveighs against God’s design, because, man, with the aid of the condom, holds back the seed that God created for him to give to his spouse, thereby, again, diminishing the value of her womanhood by not giving himself completely to her.

How does using Condoms Objectify Woman?

Concerning its divine aspect; because conjugal love and marriage were both purposed by God for each other, they are both holy acts when they are for each other. That is, sex is never a dirty thing between man and woman when it is offered in the confines of holy matrimony. On the contrary, conjugal love is a good and holy thing because God gave to man and woman for the life of their marriage, so that, though it, they could become one thing and bring forth new life. Condoms make sex something much less than what God created it for.

What I mean by that is that holiness is never about self. That is how we know God is Holy because He has never ceased to give all of Himself away to us for our good. Therefore, we know that sex with condoms is on the opposite spectrum of holiness because the use of condoms is always all about self-pleasure – nothing else. Condoms have allowed men to turn women into nothing but sexual objects – again diminishing their God-given value. They allow the man to use woman without giving any portion of his being away to her.

Therefore, when we see government programs like this one in Philadelphia, what they are essentially teaching our young men is that it is ok to objectify and use the woman for sex. That it is ok not to marry her and give her the commitment of your total manhood that she deserves and that God desires for her. More than that, these programs send the message to young women that they are nothing but sexual objects to be used for pleasure by men. That is ok for a man not to give all of himself to you. That you don’t deserve anything more than what a man wants to give to you.

It is even hard to see how a man who loves his wife would treat her body in the same regard that a man would treat the body of a prostitute. Indeed, programs like these in Philadelphia send the message to young women that they have little value beyond what men tell them they have; that her body is just a tool – a plaything, for men to use and act like he was never there in the first place.

The Beauty of Monogamous Relationship - Call it Divine