Part 3 of this series reflects upon lectures 8 thru 13 of John Paul II’s Catechesis of Human Love. Topics include Adam is Alone, The Communion of Persons, The Theology of Sex, Man Clings to His Wife, and Shame.

What is an Alpha Male and Why Was Jesus the Epitome of All Alpha Males? 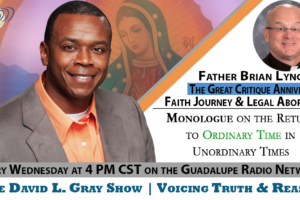