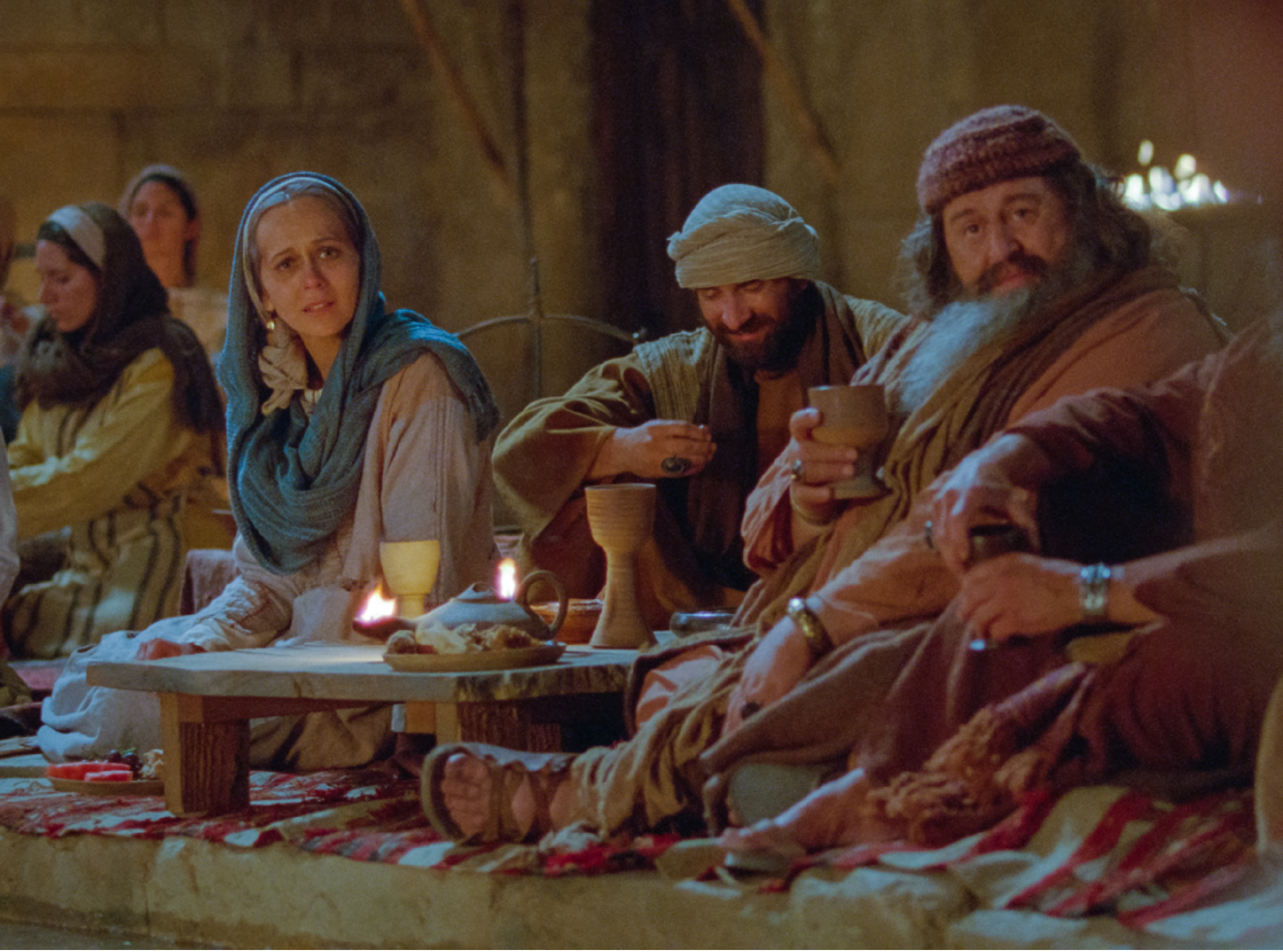 Like all of the Gospel of John, this section is jam-packed with theological implications and spiritual light. It’s always important to remember that John never wastes words, sentences, or periods. Absolutely every verse in John has some connection to the Old Testament, and to something else that he wrote about in the same book. It’s the best woven and poetic book in all of the New Testament. There’s not enough time to really extract everything that John is trying to communicate in his account of the Wedding at Cana, so I just want to touch on a few things that I’ve always found interesting.

The first thing we learn about this Wedding is that it took place on the “third day”. To understand what John means by the “third day” we have to revisit his earlier chapters to discover his theological chronology. In my book Cooperating with God: Life with the Cross, I wrote about the mystery of John’s theological chronology in-depth and how he parallels it to the chronology of the priestly account in the first chapter of Genesis. By the time he gets to the Wedding Feast John has already written about four days of the new creation, so when we see that the Wedding Feast took place on the “third day”, what he is meaning to say is that this is the third day after the fourth day, which makes it day seven (the Sabbath), according to his theological chronology of the new creation. In Genesis, we read that “God blessed the seventh day and made it holy” (Gen. 2:3). In this same way, Jesus blessed the Wedding at Cana and gave a prototype sign of future blessings when He had water (the Holy Spirit) poured into six pure (set apart) vessels, which represent man and woman who were created on the sixth day. Only after these pure vessels had been filled with water were they able to bring forth the fruit of the vine (wine/love/Blood of Christ).

One mistake that people who don’t do proper exegesis oftentimes fall into is misunderstanding the role of Mary at the Wedding Feast. You’ll find this error quite often with Protestants who distance themselves from the life of our Blessed Mother. When Mary comes to her Son and says to Him, “They have no wine,” and He responds to her by saying, “Woman, how does your concern affect me? My hour has not yet come,” the word “Woman” here is not an insult or something pejorative. On the contrary, what John is conveying here is that Jesus had just paid His mother the highest compliment. Again, we have to understand Genesis if we are going to understand John.

The first time the word ‘woman’ is used in the Bible was at the creation of ‘woman’. In Hebrew, the word that Jesus would have used is ‘isha’ (alef shin hey – אישה) (pronounced ee-SHAH). Similarly, man or adam in Hebrew is simply ‘ish’. Therefore, the first compliment Jesus gives His mother is by calling her ‘isha’. In this way, He is raising her up to her true dignity of being the new Eve. He also compliments her in a second way when He calls her ‘isha’, by acknowledging that she is part of, and comes from, and is for ‘ish’. In other words, Jesus is acknowledging here that His mother Mary is truly wo-man – truly isha in that she is precisely to man – to ish what she was created to be for him.

“Now there were six stone water jars there for Jewish ceremonial washings, each holding twenty to thirty gallons. Jesus told them, “Fill the jars with water.” This final point about the vessels that Jesus had filled with water is one I wrote about in my book Cooperating with God: The Bridegroom’s Prayer:

At this wedding, there were six stone water jars (vessels) that had been cleaned and prepared for the ceremonial washing. Because these jars had never been used before, we can call them ‘virgin jars’. That there were six of them is no coincidence, as man was created on the sixth day. Something unfortunate and unexpected had occurred at this wedding feast that caused it to run out of wine. Allegorically, the wedding became just like Cain – not able to bear fruit. What happened next was something very, very intimate. After being prompted by His Mother, the Lord told the servers to fill the jars with water. Of course, Jesus was fully capable of doing this type of labor Himself, but it was proper for the community to Cooperate with God. That was the least that they could do for the free gift of new wine. The virgin jars were filled to the brim with water; that is, the vessel and water, which had previously been separate and foreign to one another, had now become one, and out of this intimate and divine union came Heavenly fruit. The meaning of the imagery here is that whenever man is filled with the Holy Spirit he will produce fruit. St. Augustine of Hippo, in his sermon on 1 John, explained it in this way:

“Such is our Christian life. By desiring Heaven we exercise the powers of our soul. Now, this exercise will be effective only to the extent that we free ourselves from desires leading to an infatuation with this world. Let me return to the example I have already used, of filling an empty container. God means to fill each of you with what is good; so cast out what is bad! If he wishes to fill you with honey and you are full of sour wine, where is the honey to go? The vessel must be emptied of its contents and then be cleaned. Yes, it must be cleansed even if you have to work hard and scour it. It must be made fit for the new thing, whatever it may be.”

On the Current Shape, Content, and Order of the Old Testament Canon – as an Approach to Halakah