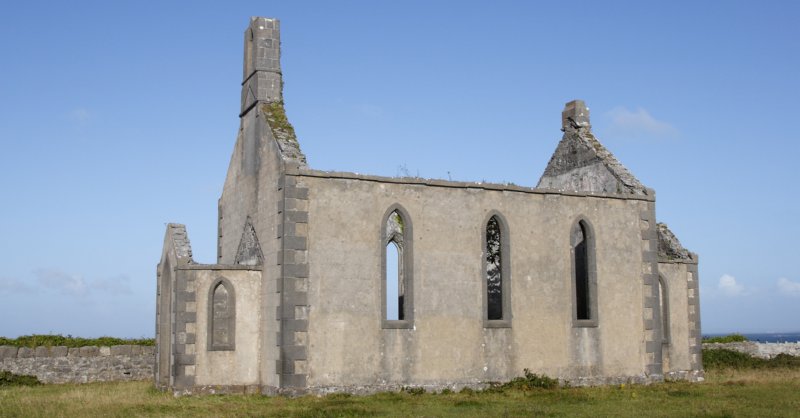 s we move beyond the five hundred year anniversary of the Protestant reformulation on October 31, 2017, I have been piecing together narratives to examine how that all worked for them. I am examining the fruit of the Tree of Protestation, so to speak. An index to the previous articles is posted below.

For this installment, I am going to opine about the Cycle of Insanity that Protestantism is stuck in. The working definition of insanity that I’m using here is ‘doing the same thing over and over again and expecting different results’. No one knows for sure who was the first use that definition, but I find it to be an altogether true indicator of insanity, because if you do keep repeating the exact same action again and again, but expect for the results of it to change simply by virtue of you repeating the same action, then you either have a clinical brain illness, you’re suffering from madness, or you’re just simply foolish or irrational. If any of these are true, you’re someone who I don’t want to be around my daughters.

What Cycle of Insanity is Protestantism Stuck In?

For a half of a millennium now, Protestants have been engaged in a less than earnest search to discover and to practice the faith of the ‘early Church’. For Calvinists that means arriving at an àlacarte agreement with the first four Ecumenical Councils of the Catholic Church and Saint Augustine of Hippo; for the Apostolic Pentecostal Protestant denomination that means attempting to structure a church according to the book of Acts. Between and beyond these two examples are as many varieties in practice as there are seeds in a boatload of pomegranates.

Have you ever noticed that when a Catholic religious order splits it’s because some of its members have discerned that they desire to live out a different expression of the same faith and a different expression of the same rule? Look no further than all of the different brands of Franciscans for evidence of that. But when a Protestant church splits, it is because members of that church have discerned that it’s time for them to start a new faith with new rules and new beliefs. Whether this is because the pastor started teaching something that they don’t agree with, or because the pastor lost his/her moral authority, the idea – the impetus behind new Protestant denominations is that a new thing must begin that is different than the old thing. In this way, every new Protestant denomination is essentially is a new Christian religion that has very little in connection with whatever came before it in regards to liturgy, doctrine, and tradition.

In fact, they are perfectly content with having no connection with what came before them, because they believe all they need to do is practice the faith according to the Bible – according to the ‘early Church’ as they would say.

If these admissions do not occur, then all attempts to resuscitate the faith practices of the ‘early Church’ are intrinsically defective, because they are missing essential elements. It would be like trying to resuscitate the life of a human being that didn’t have a heart. No matter how long you perform cardiopulmonary resuscitation (CPR), you won’t be able to bring them back.

For some reason they keep doing the same thing over and over again and expecting different results . . .

And here they go again . . . Evangelical Christian leaders have admitted that their religion is dead and bankrupt, and they hope to resurrect it by doing . . . guess what? Yep . . . by taking a fresh look at some of the practices of the ‘early Church’. The goal of the Praxis Conference is to reclaim the historical church’s priority on liturgy, art, and sacred space into the modern day evangelical context.

I’m glad they realize that after 500 years they need to go back to the drawing board, but unless they draw on that board the Petrine Ministry and the Sacrament of Holy Eucharist, they will only continue the Protestant cycle of insanity.

Why We Make Suffering Our Sacrificial Prayer Offering

How Do We Cooperate with God? (Praxis of the Faith)