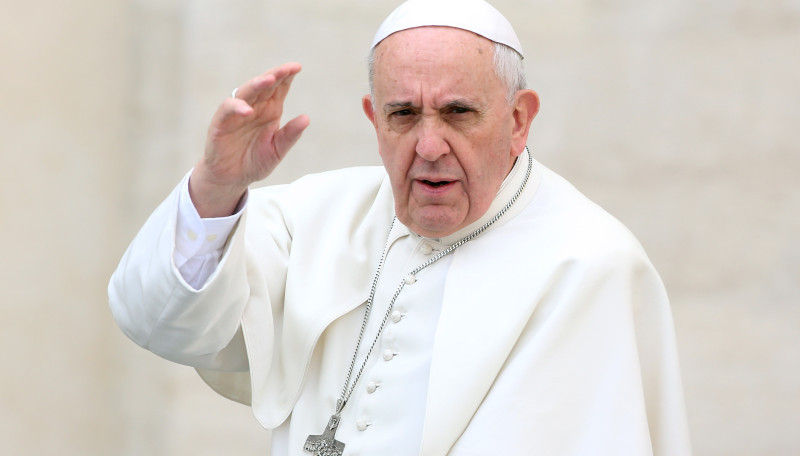 This ongoing series on the Reformation of Pope Francis began in September of 2013 with a thesis and a prophecy. The thesis was that Pope Francis means to remake the Catholic Church in his image; a feat that no previous Pope has dared to exercise to this extent. The prophecy was that the Papacy and Reformation of Pope Francis will be exercised through three personal ideologies of his that I called ‘windows’; those three being: (1) Rejectionism; (2) Indifferentism, and (3) Inclusivism.

For those new to this series, should know that these are not slam pieces. While it is true that I am often vexed by the lack of precision in Pope Francis’ non-magisterial statements that have to do with theology or Church history, I greatly admire him as a pastor of the Catholic Church. If God had blessed me with the degree of empathy that Pope Francis seems to have, I’d be a better person.

Nevertheless, I am not ashamed to say that I’ve been correct from the beginning about the Reformation of Pope Francis. I told you exactly what was going to happen and why it was going to happen. I gave you specific details back in 2013 and all I’m doing now for the rest of this series is highlighting examples of the three windows. These are my ‘I told you so’ pieces. In this installment, I’m going to highlight the second window, which concerns his (non-heretical) indifferentism.

Does Pope Francis Tend Towards Indifferentism or Not?

In a recent article by staunch Francis defender Fr. Dwight Longenecker, entitled, ‘Is Proselytism Solemn Nonsense?’ he defends Pope Francis against charges of indifferentism, for his comments about proselytism being solemn nonsense and the worse thing you can do if you want to be happy. Fr. Longenecker’s overall defense was tendering Pope Benedict XVI’s comments against proselytism (as to say that Francis isn’t saying anything that the great theologian of our time didn’t also say), and suggesting that what Pope Francis meant by the word ‘proselytize’ was ‘forced conversion’.

A couple of things can be said about Fr. Longenecker’s apologia. The first is that he raises an argument of indifferentism between Francis and Benedict to prove that Francis doesn’t tend towards indifferentism, when it was Pope Francis himself who, since at least 2013, has repeated (sometimes paraphrasing) a 2007 Easter Sunday statement from Pope Benedict XVI at the Shrine of Aparecida in which he said:

“The Church does not engage in proselytism. Instead, she grows by “attraction”: just as Christ “draws all to himself” by the power of his love, culminating in the sacrifice of the Cross, so the Church fulfills her mission to the extent that, in union with Christ, she accomplishes every one of her works in spiritual and practical imitation of the love of her Lord.”

While defending Pope Francis against indifferentism by saying that he is not any different from Pope Benedict by using a quote that Francis himself attributes to Benedict is a bit loopy, it is fine to concede to the fact that Pope Francis would rather attract people to the Church, rather than proselytize them into the Church. What we cannot concede to is Fr. Longenecker though is his second argument; that what Pope Francis means by ‘proselytism’ is forcing the faith on people, because all the evidence we have, from his time as Cardinal in Argentina to now, suggests that what the Pope means by ‘proselytism’ is evangelization to non-Catholics.

For Francis, any form of evangelization/preaching/apologetics that is offered directly to non-Catholics with the intent to proclaim to them the wholeness and fullness of the Catholic faith for the purpose of inviting them to consider the validity of our claim against theirs is what he calls ‘proselytism’. The irony is that it is because Catholics in Argentina and elsewhere in South America failed to boldly and loudly proclaim the wholeness and fullness of the Catholic faith is why millions of Catholics there have been lost to the dim-light of Protestantism; even during the watch of Jorge Cardinal Bergoglio.

It may very well be the case that what we have to look forward to from the current Papacy is more of what we got from him in Argentina, which was absolutely no reason why Protestants should become Catholic. That lack of reason had nothing to do with Jorge Cardinal Bergoglio not being a great pastor that reached out to them, but it had everything to do with his affirming them in their beliefs and a lack of evangelizing to them the clear and distinct light of Catholicism.

Indifferentism Towards the Dim-Light of Protestantism

Pope Francis has said more than enough publicly to leave us secure with the fact that he believes in a unified Christian faith. In fact, Paragraphs 244 through 246 of his Apostolic Exhortation, Evangelii Gaudium represents a beautiful expression of that eventuality that the Holy Spirit is leading us towards. He has also said more than enough publicly and privately to leave us insecure with the impression that he doesn’t believe that the eventual unity of all Christians will be in the Catholic Church. He has sounded quite indifferent at times, and that indifference has affirmed and validated Protestants in their dim-light.

This list goes on and on. The point here is not to be exhaustive, but, rather, to merely debunk the claim that Pope Francis isn’t indifferent towards the Divine uniqueness of Catholicism. Now, that doesn’t make him bad, or a heretic, or evil, or a reason for someone to become a Sedevacantist. It only means what I said about Pope Francis from the beginning. That due to his life experience, he has come to have a slight disdain for the old-fashioned recipe he saw being cooked in the Vatican decade after decade after decade. He believes that the Church has been too exclusive for far too long and he wants to tear down lots of pillars that kept many things in place for a very long time. His tearing down and rebuilding the temple goes far beyond just the Roman Curia! Pope Francis is a man who is completely dominated by his personal life experience and thinks we would all be better off living according to his worldview.

Like Pope John Paul II, Pope Francis also has come to love a number of Protestants and people of other religions. His love for them as human persons has weakened his concern for the lies that they believe. Now, don’t go off and judge him for that. Almost all of us have people who we love that we fail to give the hard medicine to. Pope Francis is just like the rest of us – weak and suspect to disordered love; that is, love that doesn’t always tell the truth to those who we claim to love – those who we claim to desire the best for.

The Catholic Response to Essentials vs. Non-Essentials