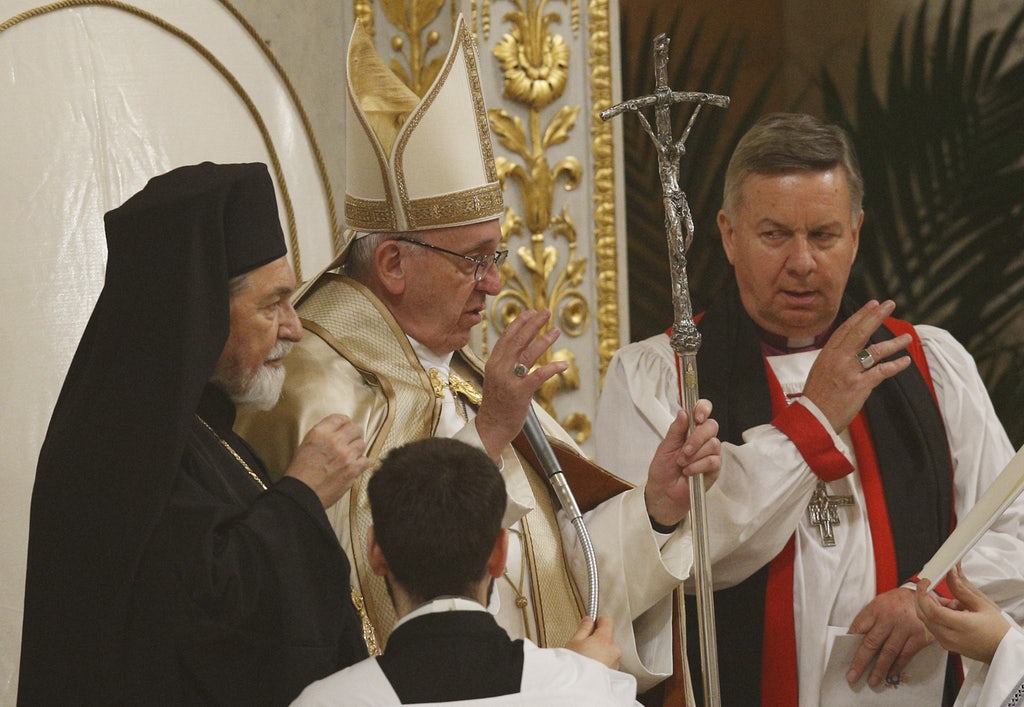 There seems to be a great deal of confusion amongst Christians about the difference between Proselytization and Evangelization. Following Pope Francis’ comment that “Proselytism is solemn nonsense,” a number of Catholic bloggers/Francis apologists have jumped on the bandwagon to demonstrate their lack of any form of tautology or Scriptural awareness. Too often we speak of things in regards to how they have been, rather than what they truly are.

How is Evangelization Defined in Scripture?

The word euaggelizō (Greek: εὐαγγελίζω; meaning, declare, preach, bring forth, show) is found in up to 61 instances in the New Testament, but only in connection to preaching the Gospel. Again, to be clear, outside of preaching or declaring the gospel/glad tidings/Jesus Christ, there is NO evangelization according to Scripture. See the Blue Letter Bible List or the Bible Tools List of instances of euaggelizō in the New Testament.

Therefore, we can define evangelization as being what happens when the Gospel is shared, but what is the Gospel? Much like proselytization and evangelization, the meaning of the word ‘Gospel’ has also been detached from its Scriptural meaning, but being that we can’t understand the word evangelization apart from ‘the gospel’, we’d better examine this word also in its proper context.

What Does Scripture Mean by ‘Evangelizing the Gospel’?

Pope Benedict XVI had a powerful thing to say about the relationship between ‘evangelization’ and ‘the gospel’ in his book, Jesus of Nazareth:

The term [evangelion] has recently been translated as ‘good news.’ That sounds attractive, but it falls far short of the order of magnitude of what is actually meant by the word evangelion. This term figures in the vocabulary of the Roman emperors who understood themselves as lords, saviors, and redeemers of the world. The messages issued by the emperor were called in Latin evangelium, regardless of where or not their content was particularly cheerful and pleasant. The idea was that what comes from the emperor is a saving message, that it is not just a piece of news, but a change of the world for the better.

Benedict then goes on to say that when the Evangelists adopted the word evangelion their intent was to fulfill the meaning of the word through Christ, the true God, Lord, Savior, Authority, and Redeemer. For the authors of the New Testament, evangelion is not just informative speech, but is performative speech, Benedict writes. It is not just imparting of information, but action, efficacious power that enters into the world to save and transform. He concludes in part, “The core content of the Gospel is this: The Kingdom of God is at hand.”

So far we have discovered from Scripture and from Pope Benedict XVI that evangelization is far more than what modern Catholics would like it to be. For us, evangelization boils down to saying as many nice and non-judgemental things (imparting information) we can possibly say about our faith and Lord, in hopes that people will like us and visit our Church. In this way, evangelization has a difficult time ever opening up the door to true proselytization (conversion).

How is Proselytization Defined in Scripture?

The word ‘proselytize’ has been given a really bad rap lately. As much as I hear Catholics write and talk about how we shouldn’t proselytize, I have never met one Catholic who admits they do it. I’ve barely met any Catholics who want to talk to non-Catholics about their faith. We keep saying that we should evangelization, but not proselytize, as if these two terms are enemies, but those who say this are not even evangelizing outside of their blog or non-confrontational pulpit.

The word prosēlytos (Greek: προσήλυτος; meaning, a convert, newcomer, one who has come over from a Gentile religion to Judaism) is found in only four instances in sacred Scripture (Matthew 23:15; Acts 2:10, 6:5, and 13:43), but always positively in regards to one who converts to Judaism.

Evangelization says that I have something worthwhile for you to hear that might change your life for the better if you respond to it, and when they do positively respond to what they heard us say, we have proselytized; that is, we have made a convert. Embedded in that courage to evangelize the Gospel in a manner that saves and transforms, is the hope that our evangelization will produce proselytes (i.e. converts). In contrast, there is no courage needed to evangelize in a manner that doesn’t save or transform, and there is no reason to hope that that type of evangelization will produce a single proselyte.

Perhaps those who fear proselytization and speak negatively of it, suffer from accepting the world’s understanding of the word, and also a fear that either they don’t have anything to say that might transform a life. For, after all, we can only give away what we ourselves have received.

The Natural Emergence of Catholic-Christian Monasticism