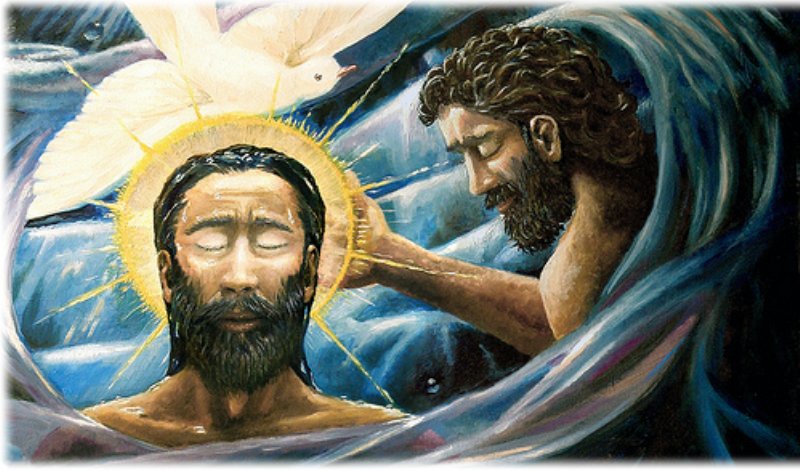 There are just a few keywords that the Holy Spirit inspired man to write so that He might create a seamless quilt out of the written word of God. Without these few keywords, the Catholic Bible might appear to be just a patchwork of different fabrics of conflicting colors that were haphazardly put together in a poorly managed sweatshop. One of those keywords that bring about a gratuitous cohesion out of apparent chaos is ‘light’. All that light represents and symbolizes serves as a central and governing motif throughout sacred Scripture; particularly so in the books of Genesis, Exodus, Job, Tobit, Psalms, and John.

John 1:6-8; 19-28 provides us with a special opportunity to explore the interconnectedness of ‘light’ throughout sacred Scripture:

The Johannine Connection with Genesis and the Emphasis of Light

In the first three opening chapters of the Gospel of John all he is doing is offering a narrative play on chronological account of creation, as found in the first chapter of Genesis. Each time John writes, ‘The next day,’ he is following the creation account to offer his theological observation into how the coming of Christ Jesus ushered in a new creation. The first time John uses those three transitional words (‘The next day’) is in verse 29, which means that everything he said prior to that verse corresponds with the first day of Genesis account of creation. For more on how John used Genesis as a roadmap for his first three chapters see: A Fresh Perspective on the Wedding Feast at Cana.

In Genesis 1:3 we read “Then God said, “Let there be light.” and there was light.” The light that God creates here is אוֹר (Heb. ‘owr), which means simply ‘light’. This light of day one is different from the light He created on day five, which is מָאוֹר (Heb. ma’owr), which means illumination. There are three essential things to take note about ‘owr for our purposes here. The first is that God created ‘owr in the beginning for the well-being of creation. The second is that ‘owr was taken away from the world when the Lord struck down Egypt with the Ninth Plague. Exodus 10:21-23 says that there was dense darkness throughout the land of Egypt; “Men could not see one another, nor could they move from where they were, for three days, But all the Israelites had ‘owr where they dwelt.” The final thing to note is that the Ninth Plague was the only plague that God set for a specific number of days. The three days that Egypt was without ‘owr corresponds to the three days between Christ Jesus’ (the True Light of the world) crucifixion and resurrection.

For John, now transitioning to the Greek φῶς (phōs) for light, Jesus is the light that shines in the darkness that the darkness cannot overcome (Cf. Jn. 1:5). He writes this both to play off Genesis 1:3-5 where God separates ‘owr from the darkness and to play off the ‘owr that dwelt among the Israelites while the Egyptians were groping around in the darkness for three days. This is why John’s writes, “He was in the world, and the world came to be through him, but the world did not know him. He came to what was his own, but his own people* did not accept him” (v. 10-11). Now, the true light, which was taken away from the world, because Pharaoh wouldn’t accept Moses’ testimony and stop persecuting the Israelites, has now come back into the world to “enlightening everyone”.

From Isaiah to John to Us – Make the Way Straight

It’s a custom in Protestant Churches for the preacher to recite the first few words of a popular passage of Scripture, which the congregation will instantly respond to by finishing the remainder of the passage. The same thing happens at concerts when the artist extends a microphone towards their fans and allows them to sing a few lyrics of one of their well-known songs. The same thing happens in the Gospels when John and Jesus quote just one or two verses of the Old Testament passage and allow their interlocutors to recall the rest.

In the instant case, John the Waymaker quotes the prophet Isaiah (40:1-5), saying “I am the voice of one crying out in the desert, ‘make straight the way of the Lord.’” The whole passage that projects deep implications on the coming of Christ Jesus into the world read as follows:

Comfort, give comfort to my people, says your God. Speak to the heart of Jerusalem, and proclaim to her that her service has ended, that her guilt is expiated, That she has received from the hand of the LORD double for all her sins.

A voice proclaims: In the wilderness prepare the way of the LORD! Make straight in the wasteland a highway for our God! Every valley shall be lifted up, every mountain and hill made low; The rugged land shall be a plain, the rough country, a broad valley. Then the glory of the LORD shall be revealed, and all flesh shall see it together; for the mouth of the LORD has spoken.

Those of us who have been Baptised In Christ cooperate in John’s Ministry whenever we work to remove any obstacles that might interfere with the fullness of Christ coming into our lives and into the lives of others; namely, those faults that are the source of our sins. This Ministry of John the Waymaker was geared solely towards witnessing to the truth through the manner in which we live our own lives, and by the manner in which we plant seeds of truth in the lives of others.

Modern Catholic Comic: Is Pope Francis Converting Anyone to the Catholic Church?