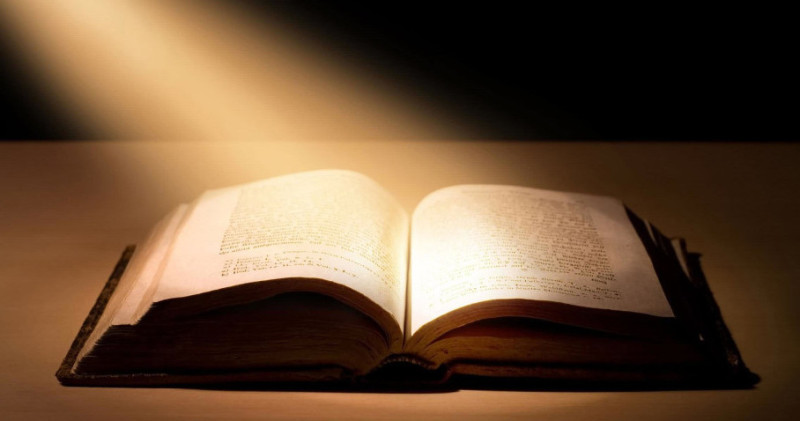 The ‘kind’ and ‘pleasing’ disposition of favor/grace (Heb. chen – חָנַן) plays a very important role in the Pentateuch, indeed, throughout all of sacred Scripture, in helping us understand and determine shifts in human relationships between each other and with God. Chen is a show of God being interested in the ‘well-being’ of His people. In this way, grace is intimately tied to the work that God is doing with His people. For their part, the people need their God to show them His favor so that they might matriculate along the path towards the land and inheritance He promised to them.

In some translations, including the New King James Version and the New American Standard Bible, of the thirty times that chen appears in the Pentateuch, it is almost always connected to ‘ayin, which is the Hebrew word for the physical eye/sight (composed of mental and spiritual qualities). This frequent connection infers that favor is something that is something tangible (i.e. physical and objective).

This seemingly necessary relationship that favor has with sight is first illustrated with the first time that ‘ayin appears in Genesis – “God knows well that when you eat of it your eyes will be opened and you will be like gods, who know good and evil.” ‘Ayin will appear two more times in Genesis 3:6 (“pleasant to the eyes”) and 3:7 (“then the eyes of both of them were opened”), before it is finally redeemed in 6:8 when “Noah found grace in the eyes of the Lord.” Eve’s delectation over the temptation of the Serpent was grounded in a disordered desire for her own sight. Thereafter, the Pentateuch narrators make an emphasis on the irony; that is, while Eve was only concerned about her own sight, her children would only seek and find favor in the sight of God and man.

Seeking and Finding Grace (The Distinctions)

The sources of favor found and favor sought are God and man. This pleasing disposition from God or from he who is made in the image and likeness of God is not sought after and is not found from other created things. No one in the sacred Scripture seeks or finds favor from animals or objects. Again, for the narrators of the Pentateuch, favor requires an intelligent eye and spiritual faculties.

Typically, whenever favor is found with God in sacred Scripture, it is always implicit. For example when Genesis 39:21 informs us that, “. . . the LORD was with Joseph, and showed him kindness by making the chief jailer well-disposed towards him,” we have a clear understanding from this that the Lord had shown favor to Joseph, but it is not directly stated from the Lord that He has shown Joseph favor. Again, in Exodus 11:3 the favor from God is not in doubt, but it is only implied; “The LORD indeed made the Egyptians well-disposed toward the people . . .”

The only two times in the Pentateuch where God explicitly states that He had bestowed His favor on someone comes in Exodus 3:21, “I will even make the Egyptians so well-disposed . . .,” and Exodus 33:17, “The LORD said to Moses: “This request, too, which you have made, I will carry out, because you have found favor with me [NKJV & NASB “favor in My sight”] and you are my intimate friend.”

Scripture does not offer a consistently solved equation about favor found from God. Because favor is a free, voluntary, and gratuitous offering from God, it may be bestowed by Him without any prior prayer, but not without the recipient’s apparent merit. Noah found favor with the Lord, but it was attributed to his righteousness in a world filled with wickedness (Gn. 6:5-8), not because Noah sought it out.

While favor from God is almost always implicit, a key definition and sign and favor from God is found in Exodus 33:16: “For how can it be known that I and your people have found favor with you, except by your going with us? Then we, your people and I, will be singled out from every other people on the surface of the earth.” For the Israelites, the tangible, physical, and objective proof of God’s favor is known by His presence in the community.

Favor sought after and fought from man is also important in the Pentateuch. Jacob sent envoys of gifts to his brother Esau prior to their meeting in hopes of gaining his favor (Gn. 32). Joseph found favor with Potiphar, and was given a higher status in his household because of it (Gn. 39). The writers of the Pentateuch communicate the bestowal of favor between men through a narration of events.

With both God and man, the proof of whether the superior party has given their grace to the inferior party (i.e. the person in need of help/lacking resources), often comes in the form of a challenge from the latter beginning with the word ‘if’. Nearing his death Jacob seeks the help of his son Joseph by asking, “If I have found favor in your sight . . .“ (Gn. 47:29). Nearing his own mortality, Moses began seeking out answers to questions that he needed to be resolved. He begins his plea to God for those answers by stating, “Now, if I have found favor with you . . .” (Exo. 33:13).

While the Pentateuch is silent about whether favor can be lost or taken away, it remains to be tied to the merits and loyalty of the inferior party towards the superior one. Favor is what God bestows on those who are interested in promoting the work of His covenants. Similarly, man bestows favor towards other men whose work somehow benefits them.

Favor from God belongs to His covenant people. While there are examples, such as a Potiphar and Joseph, of favor exchanged between non-Israelites, God of the Pentateuch does not bestow favor on anyone outside of His chosen people. God bestows favor in order to bring His people into His covenant promises.

Eerdman’s Dictionary of the Bible offers an expansive treatment of the concept of grace for both the Old and New Testaments. It encapsulates grace into the conversation of God’s plan of salvation. Favor is what happens when God manifests His will to produce acts of deliverance “in time of need and provision of daily sustenance” (524). Grace is a key component of the covenants between God and His chosen people. Even though the Jews are a contentious and rebellious people, it is God’s favor that draws them back into His forgiving and welcoming arms.

Eerdman’s transitions grace from being a relationship based in the Old Testament to it (Gk. charis) being more patronage based in the New Testament. This understanding of grace must be understood and interpreted within the social context and framework of the Greco-Roman institution of patronage where clients would receive access to goods, entertainment, and advancement from their patron so that the fame of the latter would be spread. Within this Greco-Roman institution of patronage, charis has three distinction meanings: (1) Grace is the disposition of the benefactor to aid the supplicant for the mere benefit of the latter; (2) The client must offer a proper return for the benefit given (e.g. gratitude and loyal service); and (3) Grace is free and uncoerced, but it is implied that acceptance of help from a benefactor comes with a pledge of loyalty.

In this context of Greco-Roman patron/client relationship, Eerdman’s sees the relationship between God and man. The work of Christ on the Cross bestowed upon those loyal to him access to Heavenly goods.

HarperCollins Bible Dictionary treats grace as ‘unmerited favor’. God uses grace in the Old Testament to love on His people in spite of their small size of rebellion. In the New Testament grace is bestowed on the sinner from Jesus Christ. Gentiles enter the Kingdom of God through the ultimate free gift of grace, which Paul warns shouldn’t be used as a license.

The 5 Fallacies in the Catholic Pro-Death Penalty Argument

A Narrative Analysis on the Call of Moses