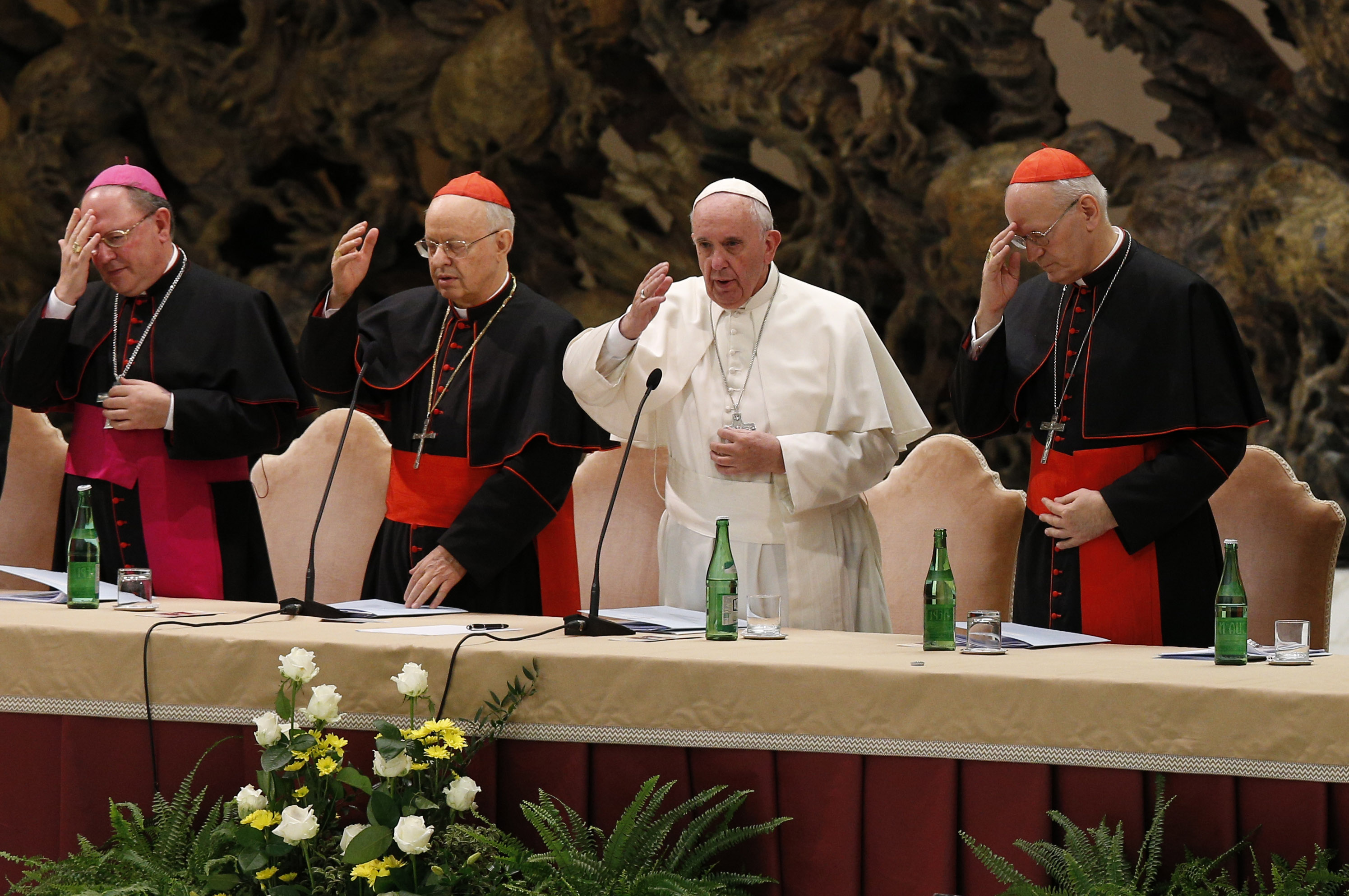 On September 20, 2013, I began a series of articles to explain to my audience what the Reformation of Pope Francis will entail. The thesis of my series is that Pope Francis means to remake the Catholic Church in his image; a feat that no previous Pope has dared to exercise to this extent. To be precise, the Papacy and Reformation of Pope Francis will be exercised through three personal ideologies of his that I called ‘windows’; those three being: (1) Rejectionism; (2) Indifferentism, and (3) Inclusivism.

I began the series with an Introduction to the Reformation of Pope Francis, which then I followed up in December of that year with details to how the Pope hopes to permanently preserve the Church Remade in his Image by appointing people as Bishops and Cardinals who are like himself and by marginalizing people who are not like him. Then in August of 2014 I outlined the ‘window’ of Indifferentism in the Ideology of Pope Francis.

Another piece that helps us better understand the psychology of Pope Francis is my article entitled ‘Pope Francis, Barack Obama and the Rise of the Beta Male.’ In that article I outlined the five things that Beta Males like Pope Francis can’t hide: (1) The fact that they’d sell their own mother’s soul to be liked and accepted; (2) Their hatred towards Alpha Males; (3) Their insecurity and cliquish nature; (4) Their inability to lead; and (5) Their Machiavellian plots to get their way.

Where Are We Now with the Reformation of Francis?

Pope Francis hasn’t budged one iota on believing that he has received a mandate from God to rebuild His Church, and he’s not going to budge! The Holy Father is not going to stop believing in everything that his life experience as an Argentinian Jesuit religious, priest, bishop, and cardinal has informed him. He will always believe that prior to his election as the Bishop of Rome that the Catholic Church was completely incapable of meeting the needs of those who needed it most because those who occupied the highest offices of the Church were slaves to tradition and the status quo.

The great irony of the Reform of Francis is that inasmuch as he believes that all the Popes, Cardinals, Bishops, and Monsignors prior to him were slaves to tradition and the status quo, Francis himself is a slave to his own life experience and will not move from believing that not only is it universally true, but that the Catholic Church will be better off if it is rebuilt according to his vision.

Everything that Pope Francis has said, done, and directly inspired up to this point has been done to pastorally and theologically express his rejection and indifference towards traditional Catholicism, which he believes has prevented the Catholic Church from being inclusive of the people who need the Church the most; that is, the poor, the marginalized, and the rejected. He seems to believe that if he ignores the middle-class and the wealthy; if he marginalizes traditional Catholics; and if he rejects those who once felt welcomed in the Church, in favor of those whom his eyes have always been set on, he will make the Catholic Church a better place.

Essential to the Reformation of Pope Francis is receiving from his appointees to the Synod on the Family a clear affirmation of his claimed mandate to tear down all of the pastoral and theological infrastructure that has kept the Church away from those who need it the most.

The Tragic Consequences of the Failed Synod on the Family

Therefore, it is direly important for Pope Francis that a consensus is reached with the Fathers of the Synod on the matters that he has repeatedly directed them to dialogue about. If the Synod Fathers do not deliver to the Pope a final report of Synod in which a consensus has been reached, he knows very well that the Apostolic Exhortation (to the Universal Family) that he will write and publish in the months following (in response to the Synod) will be ignored, trashed, and forever labeled disparagingly by whatever caucus of the Church that feels most slighted by it – perhaps both.

To be sure, Pope Francis is a desperate man, who is acting very desperate. Even ignoring the wise counsel of his peers. The mandate that he believes that he has received from God to rebuild His Church is in jeopardy. He’s facing a lame-duck Papacy for the rest of his tenure if no consensus is reached at the Synod.

It’s clear to most of the faithful at this point of the Synod that Satan is alive and well and that he has his own clergy working at the highest levels of the Catholic Church attempting to destroy it. I honestly don’t know whether it is greatest display of faith or the greatest show of pride that I have ever seen on the part of Pope Francis that prevents him from either tabling the Synod or calling it completely off and sending the Fathers home.

We must believe that the Holy Spirit will prevail in His Catholic Church – He always does! As for the Reformation of Pope Francis, this failed Synod on the Family may have weakened his Papacy forever. It all depends on how his upcoming Apostolic Exhortation will be received, having found no consensus on the issues that he wanted to be discussed.