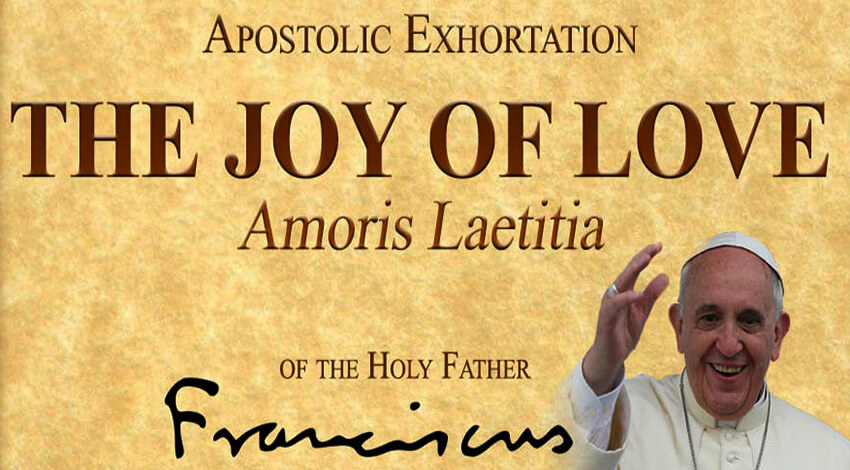 On April 8, 2016, Pope Francis issued his long-awaited Apostolic Exhortation in response to the Synod on the Family, which took place at the Vatican from 2014 – 15. I wrote about that Synod in ‘Is the Synodal Church a Gnostic Church?‘ and ‘Consequences of the Failed Synod: The Reformation of Pope Francis – Part IV‘.

The Holy Father’s 264 page, 9 chapter Post-Synodal Apostolic Exhortation has been named ‘Amoris Laetitia‘, which translates from Latin into English, ‘The Joy of Love’, could just as well have been called ‘Liberalium Doctrinarum Fundamenta in Progression Vocantur’ (The Basics of Liberal Ideology Called Progress). While there were a lot of things about marriage and family I absolutely loved in the document, it was Francis’ ongoing push for a non-universal Church therein that I found to be extremely troubling.

The idea of progressivism is to improve society by moving it away from what it has traditionally believed. On the surface this seems like a suitable notion; even one that Christ Jesus preached to a degree, but the problem with Progressivism, as I explained in this video, is that it is intrinsically unable to perform what it proposes because it rejects standards. Unless you have an established standard, you cannot be certain whether you are progressing or evolving. In fact, it would be more than likely that without a standard you are going to go backward or de-evolve. Progress presupposes that there is a standard, but this is what Progressivism as an ideology lacks.

From Scripture to the most recent Tradition, God and the Catholic Church has always been in favor of giving us clear standards and commands and have never been interested in leaving us without firm guidance. Even for numerous councils, until we got to Vatican II in the 1960s, the Church and the Pope formally would declare that rejection of formal teaching was an anathema. For, how could we ever be a set-apart people and be able to find the narrow way unless we are called to holiness and be pointed to universal truth?

So, what are some of these statements in ‘Liberalium Doctrinarum Fundamenta in Progression Vocantur’ that pivots the direction of the Church away from true Catholicism (i.e. Universality in Truth)? Here are four of them:

That being said, I honestly don’t think this document will have any substantive impact unless Pope Francis reigns for another seven-plus years or the next Pope is a Progressive like him. The reason why I say that is because if you just look around, you’ll see that the dye has already been cast. The places where Catholicism is dying has already embraced progressivism and the places where Catholicism is thriving has rejected progressivism. While the former will take this Apostolic Exhortation and run with it as a license to press their agenda even faster, the latter will throw it in the garbage. We are just at that hour now where sheep and wolves are naked and exposed. Catholicism is no longer Universal.

The ‘Woe’ Exclamation of Jesus, Micah and Amos