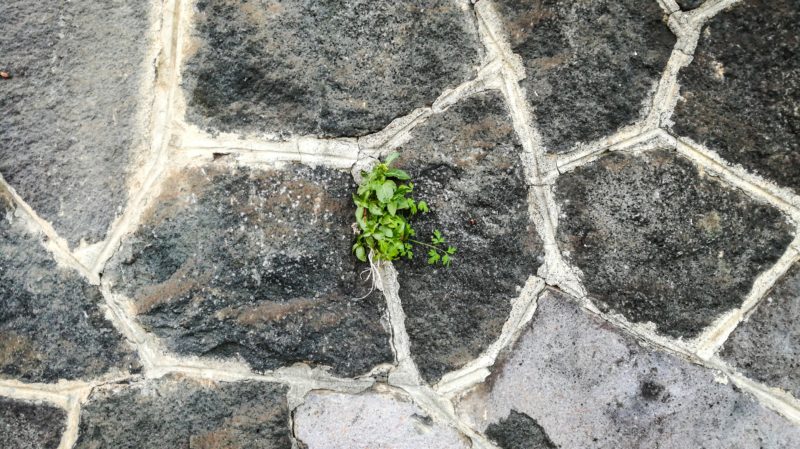 was born in 1972 and for about four decades of my life, I was used to things being what they appeared to be. Perhaps that is something you and I have in common; the idea that if we want to quickly warm up some food, we put our plate in a microwave, not in the television. It is our car that we drive to get to and fro, not our bar-b-que grill. When we wake up in the morning we expect to see our spouse, not our sister-in-law laying next to us …

It is true, there was a time when you could just look at a thing and know its purpose. This basic concept goes back as far as Aristotle who famously attested that the purpose of a thing can be known through observational evidence; that is, if you want to know the purpose of a thing, just observe it long enough and it will tell you what it was created for (Aristotle(a) 763a/30–b/15, Aristotle(b) 511b/20–25).

Yet, this pervasive and growing-ever-popular idea of Gender Identity Disorder (also called: gender dysphoria) is attempting to break down our normative and scientific (i.e. biological) methods of understanding human sexuality and gender, which we were always taught were one and the same thing. What Gender Identity Disorder posits is that there is a mismatch between one’s natal biological sex and their psychological/experienced gender identity. This tension between the physical sex and psychological gender causes some who experience it to change (trans) their physical sex to match their psychological gender.

I will pause here for a moment and point out the plain fact of trans-genderism that even with those who are experiencing Gender Identity Disorder, many of them seem to have an innate or natural sense that their physical sex and psychological gender should be the same; otherwise, there wouldn’t be a compulsion to change the physical appearance to match the psychological belief. I won’t push that point too far, because I understand that stress and desperation may also be a factor in compelling one towards trans-genderism. I remember hearing stories from my grandmother about how some Blacks in her time who were light enough and whose hair was straight enough to pass as Whites would completely leave their community and take up a new life as a White person. For, it was much easier to live that way back then. Yet, my grandmother’s generation didn’t call those people trans-racials. Rather, they just called them Black folk who were ‘passing’ as White.

Similarly, the Catholic Church does not have a language either to speak about trans-genderism, and because of our dogmatic beliefs in God’s intentionality of creating male and female with matching and complementary masculinity and feminity, it should never be time when the Church would formally speak of something called Lesbian, Gay, Bi-sexual, Transgender (LGBT).

Simply put, there is no way around such clear and precise language as, “Let us make man in our image after our likeness” (Gen. 1:26). God then gave man purpose by giving him labor and dominion, and to man and woman together God gave them the power to share in His creative work, (Cf. Gen. 1:27) to “Be fruitful and multiply . . .” (Gen. 1:28). In the second creation account, the text further addresses the natural ordering of male and female with their divinely intended and complementary masculinity and femininity. “The Lord God said, “It is not good that man should be alone, I will make him a helper fit for him” (Gen. 2:18) . . . “Then the man said, “This one, at last, is the bone of my bones and flesh of my flesh; she shall be called Woman, because she was taken out of Man.” Therefore a man leaves his father and his mother and clings to his wife, and they become one flesh” (Gen. 2:23-24). Jesus Christ would later affirm the divinely intentional ordering of man and his masculinity and woman and her femininity for each other when He repeated matrimonial doxology of Genesis 2:23-24 (Cf. Mt. 19:4-6). On the contrary, to believe that God ordered everything about us, except for our sexuality and gender makes God small. Either God ordered everything in His creation and everything has a natural and supernatural order, or God ordered nothing in His creation and there is no such thing as a ‘disorder’.

This whole conversation would be much easier in a Church that wasn’t looking to be conformed to the world. In a world where the One, Holy, Catholic, and Apostolic was more interested in moving society towards the uncompromising truth, love, and justice of God, we would just speak plainly about these things. Rather than seeking the medications and surgical gender reassignments that psychologists and medical professionals have to offer, people who are struggling with Gender Identity Disorder would embrace the suffering that we all struggle with; that is, our inclination to not be who God created us to be. Together we would all turn to the Sacraments to help remedy our chronic condition.

I truly do hate that these conversations always devolve into polemical shades of truth with one person exclaiming, “If a person wakes up one day and says they are a monkey, am I just supposed to take them at their word and treat them like a monkey,” and another person crying, “I have friends who have committed suicide because of people like you! Jesus was love!”

Yet, there is no middle ground here. There is no language for Catholics to offer a compromise. The only thing we have to offer is the only thing we know; that every one of us was intentionally created by the same God who loves us more than we love ourselves. This same God is with us in every struggle and in every joy. This same God loves us where we are and is actively loving us to where He has called us to be. Indeed, this life is short and it is full of troubles, but just push through with prayer, sacrifice, trust in Jesus, and nothing will be as bad as you think may be.

Introduction the Theology of the Catholic Mass (Protecting the Validity)

RE: Father Z's 'Seeking a Way to Understand' (Francis & Plurality)