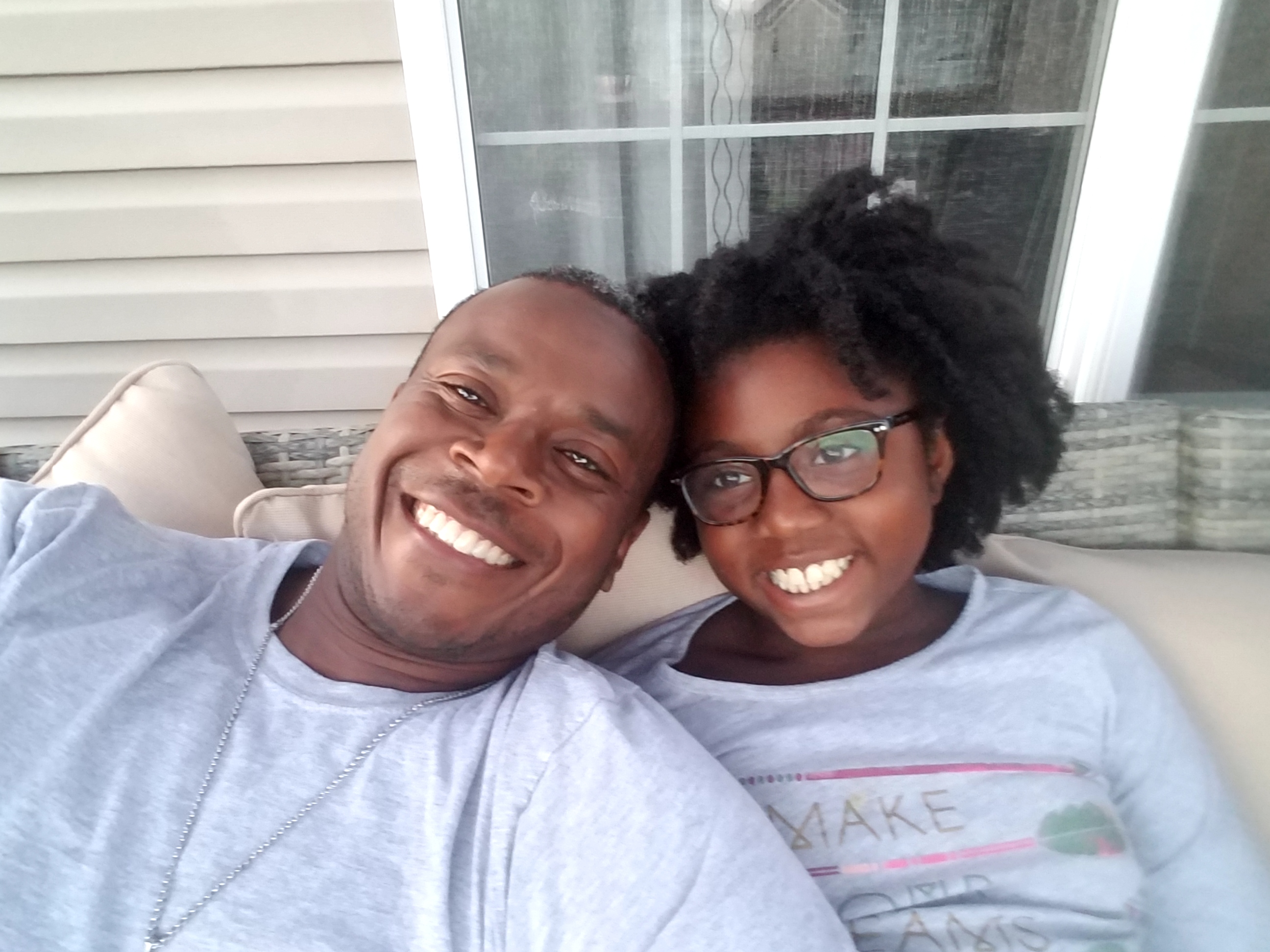 ach of us, all day – every day, are constantly searching how to find God and how to understanding who we are in relation to Him. Therefore, in each of our thoughts and utterances, we are simultaneously confessing both our understanding of who we believe God is or who God is not, and the state of our relationship with or without Him. In this way, we are all theologians, to some academic or non-academic or formal or informal degree, and there is theology to be found everywhere; even in being a stepparent.

After my wife’s civil divorce became final on February 1, 2010, I thought a long time about what that meant for me and how I was supposed to be a father to our three daughters while not in the home. I’ve still been trying to figure out the latter, but my daughter’s love and respect for me has made our physical distance inconveniently bearable. Through it all, I’ve kept trusting God, as I frequent remind Him, “You allowed this to happen, so I trust you to give me the grace to be the father to your daughters that you created me to be.”

When I met Felicia in person (we first began conversing on Facebook), I tell you that truth when I say that I heard what appear to be an audible voice, saying, “That’s your wife.” Hearing that startled me for a moment, because hearing a voice out of nowhere should startle most sane people, but I’ve always attributed that voice to have come from my father who had died earlier that year, but whose birthday it was that day – November 22, 2011. One of the last conversations I had with my father, Oscar, was about whether he’d ever get married again and have kids. It was one of the most honest conversations we ever had because he admitted a personal failing to me. He said, “My one regret is that I never got to raise a child from the beginning to the end.” Even though Dad had seven kids, his two marriages and two relationships that produced us, always ended before any of us reached puberty. I spent my whole life trying not to be my Dad in this regard but ended up being very similar to him, albeit with just one wife.

It was a blessing that I heard that voice saying “That’s your wife,” because without I would have never married Felicia. There was no reason whatsoever to believe that this woman could be my wife. She was a nice person with a cool backstory, but we were just too different – too opposite – too incompatible and we weren’t even each other’s ‘type’. Most significantly for me was the fact that she had a two-year-old daughter, and I truly believed that I wasn’t capable of being a good step-father. I had a step-father as a kid and I think Roy Sr. did the best he was capable of and I am deeply grateful that my Mom gave me that, but it cost me deeply as well. Once she and Roy started having their own kids – my four brothers – I began to realized that I was different and that I was all alone. Sure, Roy came to most of my baseball and football games, but he was my brother’s ‘coach’. My brothers had his last name – one of them has his first name, but I had my mother’s maiden name. I’m sure Roy loved me, but it looked different from how he loved my brothers. I was deeply affected psychologically by feeling that I was invisible; so much so that ended up failing fourth grade.

As for my biological father, Oscar, he would pick me up every another weekend, but it was just a different version of being all alone at his house. All of my siblings who lived with him had his last name – one of them had his first name. Sure, it was always fun times at Dad’s house, but I was just passing through. I was there on Friday and gone by Saturday and invisible for the next two weeks.

Olivia seemed like a great kid – well behaved, smart, and completely adorable – but I just wasn’t capable of being a step-father. I wasn’t confident that I could make her feel like she was present and truly my daughter and no different in my heart than my biological daughters are. I did not want to be responsible for making a kid felt like I had felt. Yet, that voice, “That’s your wife,” also had to mean that Olivia was my daughter.

When I took Saint Joseph as my confirmation name, I was just looking for a guide, prayer warrior, and patron in the journey to be the father God created me to be to my three older daughters. I didn’t know Olivia was coming, but now that she is here, I often think about how Saint Joseph was able to so perfectly love and to protect a son who wasn’t biologically his. Perhaps Joseph had other sons before he was betrothed to Mary (Cf. Matthew 13:55–56). Was Joseph cautious as me to make Jesus feel like he was truly his son?

To be sure, I think fear and not wanting to disappoint Olivia was just a symptom of me being more concerned about what I had to give, rather than what God wanted me to receive as a father. That is to say, that I was more concerned about the activity of being a father than the receptivity of being a father. It has to be both. I wasn’t trusting God to equip me to participate in His fatherhood of Olivia, in the same manner, that I had trusted him with my older girls.

The first time I began to think about the theology of step-fatherhood; that is, understanding God through being a step-father, was when Olivia called my Dad for the first time, which was shortly before Felicia and I got married in June of 2016. For the past two years, Olivia had seen me almost every day and, in absence of her biological father who she has never met, I think she just decided to give me a title that she associated with the type of things she saw her friend’s dads do. It was a quite profound moment in that sense; that Olivia chose ‘me’. It was like an Atheist or Agnostic realizing for the first time that creation has an author and that author has a title – God.

As I said, Olivia never met her biological father, and because I am the only father she has known, I think sometimes certain lines have gotten blurred for her. One day my older daughters were talking about who looks more like me and who looks more like their mother and Olivia chimed in to ask, “Don’t I look like you too Dad?” I think she was trying to feel like she was the same as her step-sisters. It is true that as Christians we know that we were made in the image and likeness of God and that God is actively conforming the Baptized into the image of His Son, but how often do we reflect to ask the spiritual questions that Olivia asked, “Do I look like you Jesus?” “When people look at me, do they see you?”

Through this experience, I’ve also begun to see some of that distress from my childhood in a new light. That yearning I had to belong to someone – to have one of my father’s last names was nothing less than my innate desire to belong to God. My heart was just trying to find its home. In the apparently closer relationship that my fathers had with my brothers I saw a taste of what the Divine looks like, and because of that I felt the pain of not yet having it – I felt all alone, and I cried out for it without knowing for that which I cried.
Team Dominic De Guzman Patreon Members Receive Full Access to All Adult Courses and to Some Select High School Theology Lessons

How the Liturgy Teaches Us Not to Become Stagnated