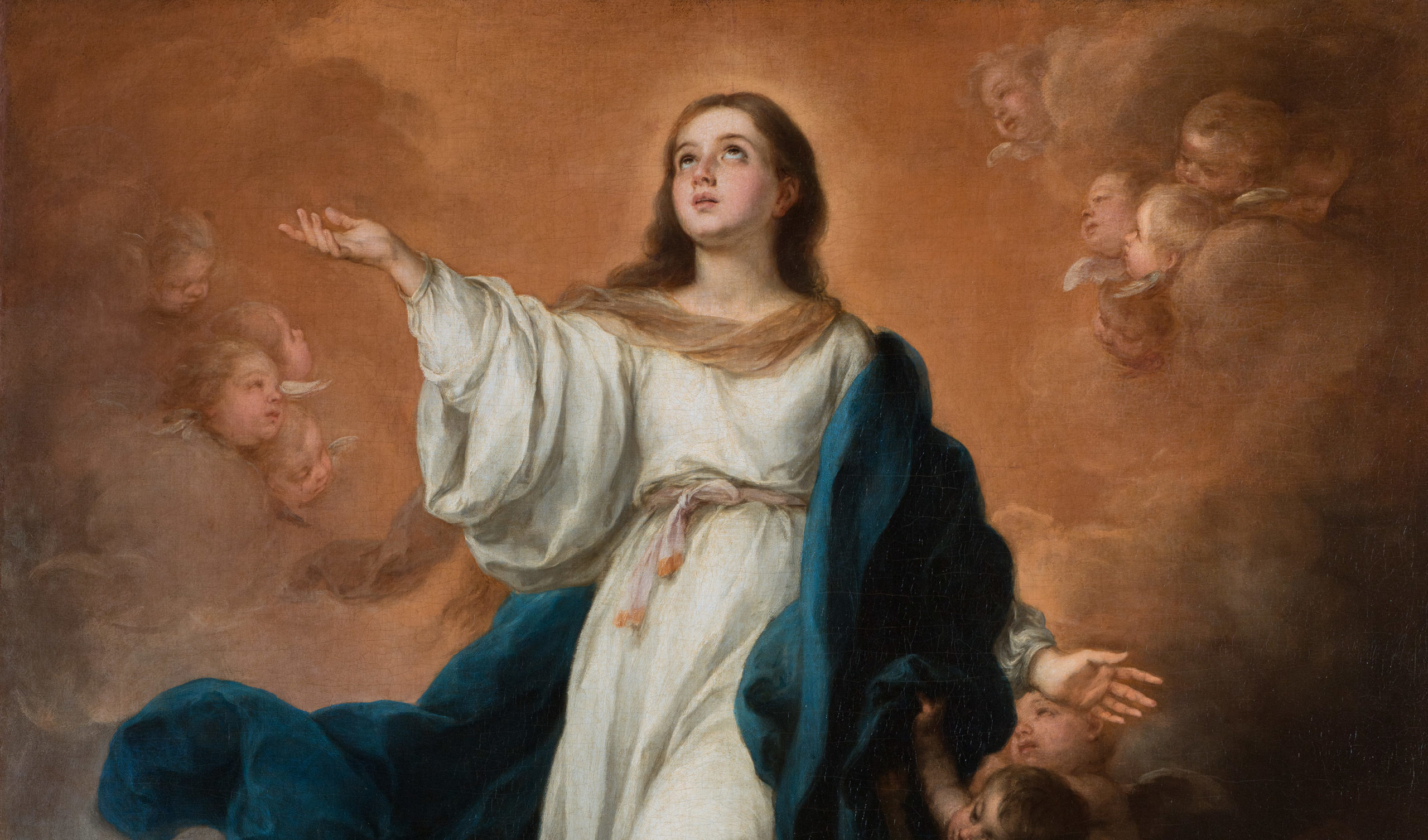 Whereas the admirable exchange – the mystery of the incarnation necessitated the dogma of the Immaculate Conception of the Blessed Mother Mary, it is, thereby, not necessitated that by virtue of God becoming man so that we might become like God, that “the Immaculate Mother of God, the ever Virgin Mary, having completed the course of her earthly life, was assumed body and soul into heavenly glory.” (Munificentissimus Deus, 44).

On the contrary, rather than out of necessity, what the dogma of the Assumption of the Blessed Mother Mary offers the People of God is the par excellent example of divine love, the promise of the Holy Eucharist and, through those things, the central hope of the liturgy of the memorial sacrifice.

As for the Infallibly defined Magisterially affirmed argument, Pope Pius XII’s 1950 encyclical Munificentissimus Deus, from paragraphs 14 through 37, substantially proves that the belief in Assumption of the Blessed Mother Mary has been on the hearts, tongues, and in the liturgy of the Church down through the centuries of the Catholic Church. Yet, if that was not enough, Pope Pius XII posed the question itself to the entire episcopate of the Church four years prior in his letter Deiparae Virginis Mariae; asking, “Do you, venerable brethren, in your outstanding wisdom and prudence, judge that the bodily Assumption of the Blessed Virgin can be proposed and defined as a dogma of faith? Do you, with your clergy and people, desire it?” To which a nearly unanimous affirmative response to both of those questions was received. Therefore, taken together, Munificentissimus Deus represents one of the best examples of both the sensus fidelium (the supernatural sense of the faithful) and the development of doctrine through the ordinary teaching authority of the Church.

Aside from that, there is also just the plain logical argument from consequence; that is, if the Virgin Mother necessarily enjoyed the privilege of being conceived without sin (i.e. Immaculate), then it, therefore, follows that she did not have to suffer the consequences of sin, such bodily decay/corruption. Moreover, being that she did not have to wait until the end of time for the redemption of her body, it then, therefore, follows that she would have been assumed to her place in Heaven after the fullness of her time on earth.

There is also the argument in regard to the love that the Son has for His Mother that Pope Pius XII found most compellingly made by the scholastic theologians:

“When they go on to explain this point, they adduce various proofs to throw light on this privilege of Mary. As the first element of these demonstrations, they insist upon the fact that, out of filial love for his mother, Jesus Christ has willed that she be assumed into heaven. They base the strength of their proofs on the incomparable dignity of her divine motherhood and of all those prerogatives which follow from it. These include her exalted holiness, entirely surpassing the sanctity of all men and of the angels, the intimate union of Mary with her Son, and the affection of preeminent love which the Son has for his most worthy Mother” (25).

In other words, the Son who loves His Mother, from whose breasts He nursed, from who He learned how to walk, speak, and write could not allow her incorruptible body to remain on earth until the end of time. Rather, His nature, being perfect love, compelled Him to assume His dear Mother into the honored place to which He had reserved for her in Heaven.

Yet, being that the liturgy necessarily springs from the faith and central mystery of the Church, rather than engender it, the liturgy provides the clearest method by which the Church can explain what She believes and why She believes it.

In the instant case, the Assumption of the Blessed Mother Mary points to the central hope of the liturgy of the memorial sacrifice, which is to make us a holy People through the indwelling of Christ, so that the promise of the Sacrament of the Holy Eucharist; that is, to give us eternal life with God will be fulfilled.

Primarily, it is at the Communion Rite where we are called to imitate Mary, the Virgin Mother, by becoming a Eucharistic People. Truly, Mary’s fiat; “let it be to me according to your Word Lord,” (Luke 1:38) is our “Amen” at the annunciation of ‘the Body of Christ’ (‘Corpus Christi’). The elevation of the Host at the altar and before our face is Mary’s ‘overshadowing of the Holy Spirit’, and this is why we Latins must kneel, just as all those who shared in Abraham’s faith fell to the ground at the coming of the Presence of God. As Mary visited Elizabeth, so do we journey with Christ into the world after we have been dismissed from the Mass. Similarly, Christ dwelling in us should also cause the spirit of those whom we encounter to leap for joy at the sound of our greeting them in the name of our Lord. For, the God who created them now dwells in us most uniquely in, with, and through the Holy Eucharist. Finally, if we truly cooperate in becoming like who we have eaten, the lives of many saints of our Church attest that an incorrupt body after death is surely possible.

None of us were conceived with special graces of our Mother Mary, nor may any of us enjoy the privileges of living life without sin. On the contrary, inasmuch as she was unlike us, what the liturgy is teaching us is that through the graces of the Holy Eucharist, we are able to partake in a life in which Christ Jesus, her Son, who becomes just as near to us as He was to her on earth and now in Heaven.