In this second installment of ‘They Hate Black Catholics’ on Talking Catholic with David L. Gray (Youtube Link), David explains how local Catholic Churches, Bishops, Priests, and Religious Orders like the Jesuits were involved with the Transatlantic Slave Trade and the continuation of Slavery in America. He also explains how racism is what lead to the birth of the Jim Crow Black Catholic Church. He explains how the Catholic Church’s teaching against slavery was a developing doctrine and was slow to develop due to the Church being born into a world where slavery had been normalized.

Things and Men and Women Do (Gender Roles Comedy) 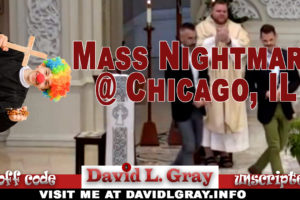