I’ve grown very fond of saying that ‘Everyone is Catholic on Saint Patrick’s Day’. I say that because on every March 17th, at least in the United States, you’ll find people of every sect, creed, and religion wearing green, saying ‘Happy Saint Patty’s Day’ to friends and strangers alike, and drinking and eating things that should never be the color green. And, indeed, many of these souls also happen to be some of the most anti-Catholic persons since John Calvin himself. (Link to YouTube Talk)

It is true, along with many other things, the Catholic community has lost control of the message of what Saint Patrick and his Feast Day is all about. Whether Catholics will ever resuscitate the true meaning of that honored Feast Day depends on whether the orthodoxy of the Catholic faith ever becomes the norm again.

The Calvinistic and Anti-Catholic Roots of Thanksgiving Day

At least Catholics aren’t alone in losing control over the original purpose of one of their most honored celebrations. Originally, Thanksgiving Days were the Protestant response to the litany of Catholic Church Holy Days, which required the faithful to attend Mass. Two years after King Henry VIII (1491-1547) had consecrated the Church of England – making himself the supreme head, and during the same year (1536 – perhaps the initial height of the formal repression of Catholicism and Catholics in England) that his Parliament passed the Act Against the Pope’s Authority, Henry also established his church’s own calendar with only 27 Holy Days.

The other heights of repression of Catholicism in England, when the ‘penal laws’ were either strengthened or vigorously reinforced include:

Thanksgiving Day Comes to New England & the State Takes it Over

Two things should be made clear at this point. The first is that the English Protestant ‘Reformation’ was not only a theological reform of Catholicism, but it was also an intelligent war and institutionalized partisanship against Catholics. The second is that the Puritans and the Pilgrims believed that the English Protestant ‘Reform’ had not gone far enough. They were completely dissatisfied with the tolerance that the Church of England showed towards Catholic ‘practices’. They were demanding a church that was pure from the influence of all Catholic teaching. Succinctly, the Puritans adopted Calvinism as their theology; which Chesterton called in his Eugenics and Other Evils “immoral” and “the most non-Christian of Christian systems.”

The small group of ‘Pilgrims’ who settled the Plymouth Colony in Plymouth, Massachusetts in 1620 were a conglomeration of early separatists from the Church of England, who were seeking refuge from conflicts in England that eventually led up to the English Civil War. The overall opinion that this group would have had of the Catholic Church was very close to that of Puritans, who began immigrating to New England and 1620 and established the Massachusetts Bay Colony in 1629.

In Massachusetts, in 1621 there was a good harvest, which according to the anti-Catholic tradition of the Englanders, demanded that there be a Day of Thanksgiving held in response to God’s good favor shown to them. Aside from earlier accounts of the 1565 Mass of Thanksgiving that took place in Saint Augustine, Flordia that was celebrated by Father Francisco Lopez in response to their safe arrival from Spain aboard the San Pelayo ship carrying 1,000 settlers and soldiers, including the first Black Africans to set foot in North America, and aside from the feast of thanksgiving held in Fort Caroline (present-day Jacksonville) by the French Huguenots (Calvinist) that took place a year before Admiral Don Pedro Menéndez de Avilés arrived; this was the very first Day of Thanksgiving in the New England Colonies, and whether any Native Americans were there are not remains disputed. Nevertheless, by the late 1660s, the Day of Thanksgiving for good harvest would be an annual occurrence in New England, with both church and state leaders offering their proclamations of the day. During the American Revolution, political leaders began announcing a Day of Thanksgiving in response to God showing them favor in battle. President George Washington proclaimed the first nationwide Thanksgiving celebration on November 26, 1789, “as a day of public thanksgiving and prayer to be observed by acknowledging with grateful hearts the many and signal favours of Almighty God.”

While the clear roots of Thanksgiving Day proclamations are Calvinist and religious and exclusively for offering thanks to God for showing favor, today the national holiday in the United States is marked with the President issuing a proclamation and ‘pardoning’ a turkey for life.

Giving Thanks for Conclusions

After Anglicanism became the official religion in Virginia, a band of Puritans left there in 1642 for Maryland, where they founded Providence – a fitting name for a city of Calvinists. It would later be renamed Annapolis (named after the Protestant Queen Anne). In the late 1600’s and early 1700s, the Puritan revolution government had seized governance of Maryland and began violating the Maryland Toleration Act of 1649, which established tolerance of various forms of Christianity. These Puritans persecuted Maryland Catholics by burning down all the original Catholic Churches in southern Maryland and moved the seat of government from Saint Mary’s City to Annapolis.

The Bishops Created their Own Complex and Difficult Problem 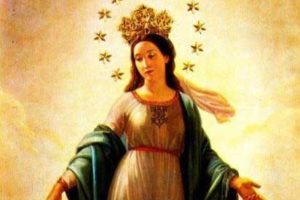