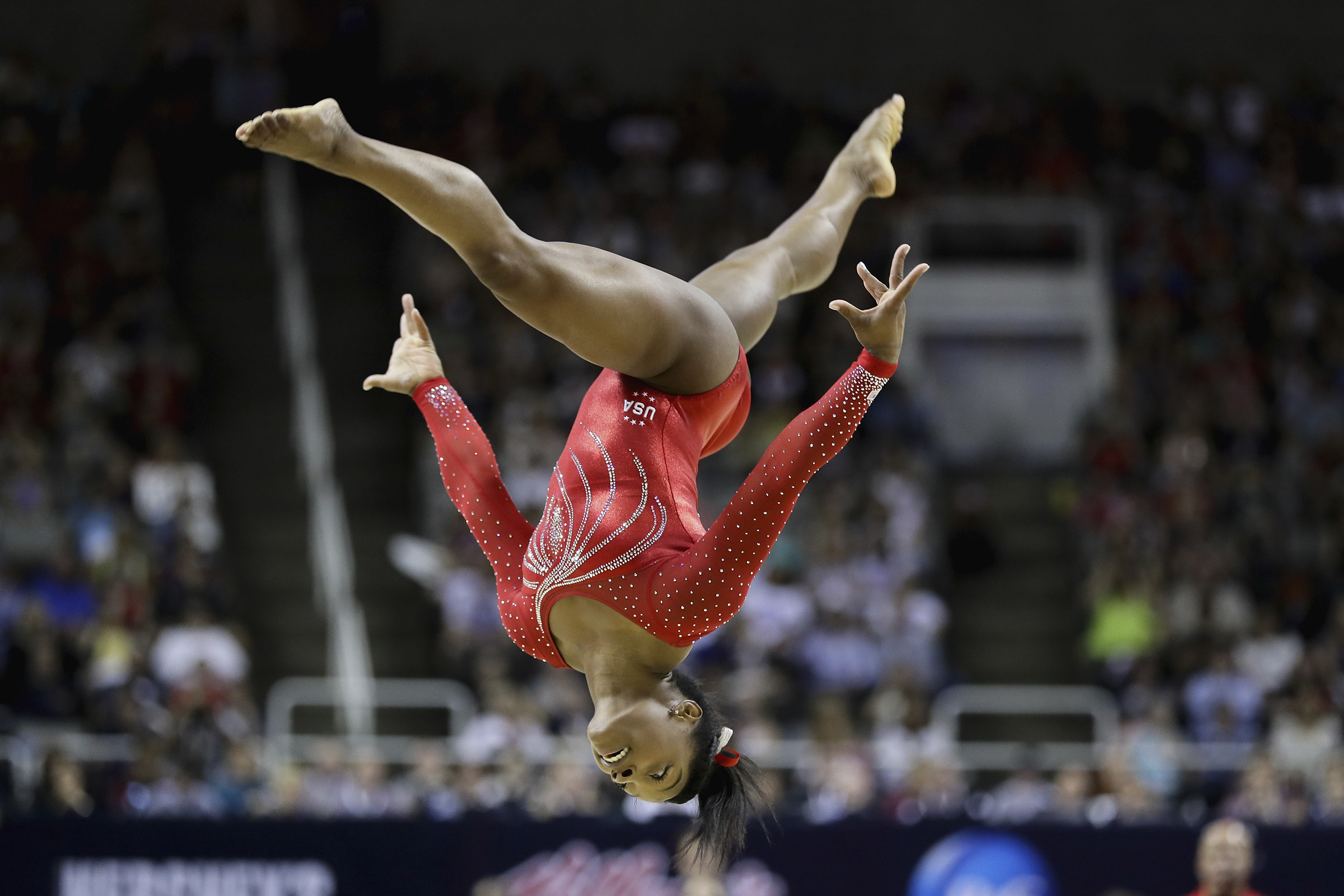 I suppose we should have known something was a bit off about the story of Simone Biles being this faithful Catholic, who somehow was left uninfluenced by the culture of death that surrounds celebrities like her. It wasn’t that the narrative of her being a faithful Catholic was first shared by the least of all faithful Catholics at the Jesuit’s America Magazine and the heterodox National Catholic Reporter back in 2016, which should have made us suspicious. Rather, it was the literal reported words of Simone herself in those articles, saying about the white rosary she carries around in her gym bag, “I don’t use it to pray before a competition. I’ll just pray normally to myself, but I have it there in case,” Again, the Rosary is not something she prays – it is just something, along with her little statue of Saint Sebastian, that an athlete like her keeps on hand; as if they were like a lucky rabbit’s foot or a musty pair of socks. For Simone Biles, Rosary prayer beads and statues of saints are not for personal devotion prayers; no, they are just for idolatry and superstitious witchcraft essentially.

The discovery that Simone Biles, one of the most gifted and accomplished gymnasts ever, was just another apostate heretic Catholic shaped in the mold of Joe Biden, Nancy Pelosi, and Amanda Gorman, seemed to start off so innocently. All she did was post a question on her Instagram account (8/9/2021), asking for “unpopular opinions”. Her problem is that she decided to commit the unforced error of responding to the “unpopular opinion,” which is actually an objective fact that abortion is wrong.

Yet, even then, her unforced response to the objective fact was loudly begging for her to back out at any time. Her common sense was pleading with her to not engage. She’s fighting and struggling with herself against the temptation of pride, saying, “I already know this is going to start the biggest argument & may even lose followers, but . . .” And then came the pride and then came Simone Biles’ fall from Catholic celebrity grace, and it was really the worse kind of fall of them all, because, again – this was an unforced error – no one asked her opinion and, on of top, her rationale for evangelization prolicide was very sloppy, lazy, unscientific, racist, and hypocritical. Granted. we have never heard a rational reason for killing an innocent baby in the womb – at its most defenseless state. Some reasons are just more demonic than others – it’s the sliding scale of stupidity when it comes to the reasons people amazingly conjure up to justify child murder, and Simone Biles leaves all of her ignorance on full display for all the world to bear witness to. It just goes to, once again, prove that someone can be completely superhuman in one aspect of their life and, simultaneously, completely inhumane in how they treat their fellow human beings.

For, according to the wisdom of Simon Biles, you should have to right to kill your child because:

So, here is an Olympian who has earned tons of gold medals and who has unheard of control over her body who does not know the first thing about human anatomy. She actually believes that the young offspring in the womb of the pregnant woman is that pregnant woman’s own body. Not only is that not scientifically correct, but abortion itself is evidence that the baby is not her body; otherwise, the mother’s life would be terminated when the baby’s life is terminated.

I am unaware if Simone Biles identifies as a Black American, but I am always amazed (in a troubling way) to witness Black Americans who are ignorant of the connection that abortion has with systematic racism and eugenics against Blacks in the United States. Thanks to racist eugenicist Margaret Sanger and her Planned Parenthood, since the 1970s, abortion has been the leading cause of death of Blacks and has accounted for the loss of an estimated 60 million Black lives; including the 20 million directly killed by the surgical procedure itself and an estimated 40 million Black children never conceived by those who were aborted. That is genocide by anyone’s standards when over 33% of your population has been legally slaughtered and with government funding of the same.

Not only is Simone Biles championing the abortion genocide against people who look like her, but she is also using pro-slavery arguments in favor of the genocide. Chanting the equivalent to ‘my slave my choice’ and ‘the government can’t tell me what to do with my slave.’

Lastly, Simone Biles speaks not as a Catholic, but as a Satanist who rejects God; who evangelizes the culture of death over the sanctity and dignity of life. She actually believes that the God who has allowed most human beings to be born into less than privileged conditions is cruel for allowing such a circumstance and that the proper response to His cruelty is to kill those created in His image and likeness.

Truly, the syllabus of Simone Biles’ errors and heresies can be corrected if she stops just carrying around that white rosary in the gym bag and take it out and start praying it. For, anyone who truly takes the time to contemplate the mystery of the Annunciation and Incarnation cannot continue to deny the sacredness and dignity of all human life from the womb to the tomb; beginning in the womb.

A Case Against Mass Attendance and For Liturgical Worship 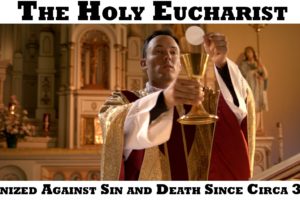