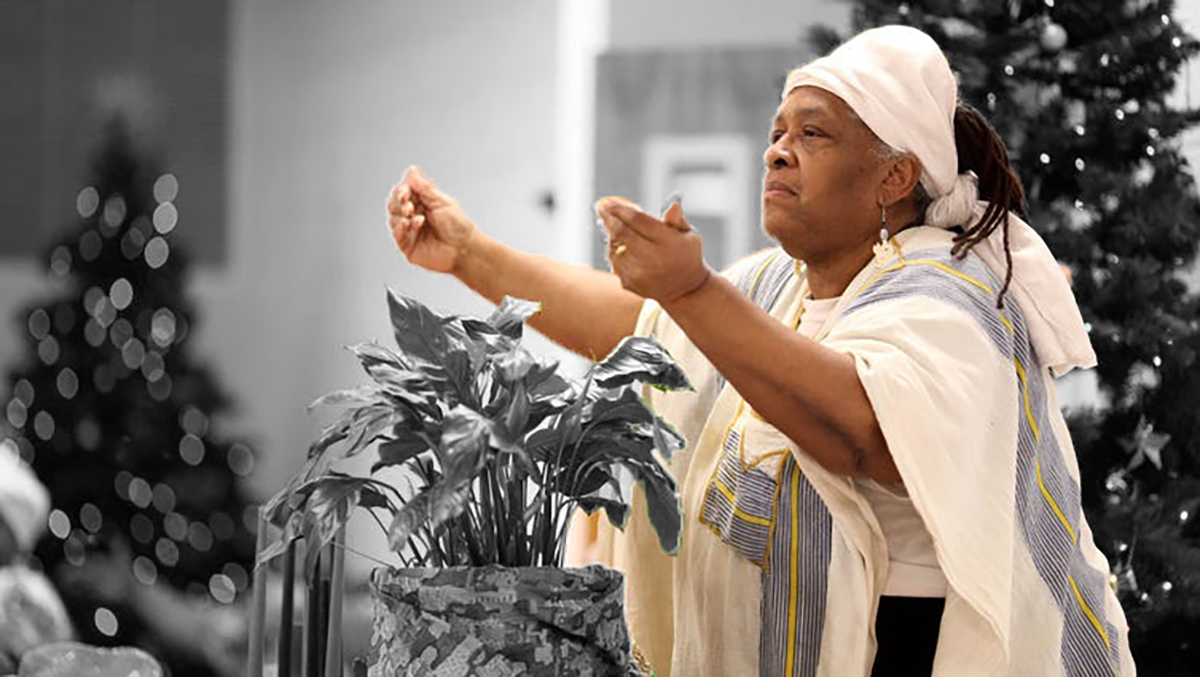 I am old enough to remember a time when the culturally Black Catholic political-left and their allies were wailing and gnashing their teeth over Archbishop José H. Gomez exploring and critiquing the anti-Christian animus found in our current American pseudo religions. During his November 4th, 2021, video address to the Congress of Catholics and Public Life in Madrid, Archbishop Gomez stated, “Whatever we call these movements — “social justice,” “wokeness,” “identity politics,” “intersectionality,” “successor ideology” — they claim to offer what religion provides.” To which, the co-founder of the LBGT-agenda promoting Black Catholic Messenger, Nate Tinner-Williams, could only retort, “at least one of the founders of Black Lives Matter is a Christian,” which is like pointing out that some Nazis were Jews.

It is that type of uncircumspect and uncritical self-examination that now leads us to wonder how these conveniently Catholic souls could have failed so miserably to notice that they would turn around and prove Archbishop Gomez blazingly correct just eight weeks later when the Knights of Saint Peter Claver announced that they would be celebrating the pseudo-religion called Kwanzaa.

Indeed, among the pseudo religions, categorized by Archbishop Gomez, that claim to offer what religion provides would be Kwanzaa, which was invented by Maulana Ndabezitha Karenga (born Ronald McKinley Everett) in 1966. Twelve years after his design Karenga stated in a 1978 Washington Post interview, “People think it’s African. But it’s not. I wanted to give Black people a holiday of their own. So I came up with Kwanzaa. I said it was African because you know Black people in this country wouldn’t celebrate it if they knew it was American. Also, I put it around Christmas because I knew that’s when a lot of bloods (Blacks) would be partying!” Then twenty years after that omission, Karenga stated in a 1998 Ebony Magazine interview he lied and said. “It’s an African holiday created for African people.” It is hard to know what is true at this point about Karenga’s intentions.

Maulana Ndabezitha Karenga is a Pan-African Marxist, but so was W.E.B Dubois, and so is much of the Black American academic intelligentsia today. Pan-Africans have always assigned an inestimable amount of value towards the construct of what it means to belong to the African diaspora and what it means to build bonds of solidarity between all of the indigenous and diaspora ethnic groups of African descent. In other terms, this is ‘Black essentialism’; that is, the belief that there is an essential value, both temporal and salvific, in negotiating the lived experience through one’s assumed or assigned ‘Black’ race.

In Pan-Africanism, Christianity is always a problematic religion, because the Christian faith is thought by the Pan-Africanist to belong to that body of things and traditions that the African diaspora was assimilated into, rather than brought herewith their ancestors who were sold and purchased into chattel slavery. Therefore, the only consistent position of the Pan-Africanist is to not only view ‘the White Man’s religion’ with distrust, but also, at every turn to try to subvert and replace it with something more natural, indigenous, and associative with pre-Colonized Africa.

I have to chuckle now as I look back to my early years at a Historical Black University when a number of friends and I started a new group on campus called ‘The Progressive African Men’s Society’. It was really just a front-group to raise money for a fraternity that we were pledging, but we started to believe in the ideals of Marcus Garvey and all the other men of that time who we were handing out fliers about. Inasmuch as my main draw to Pan-Africanism and the Black separatists’ movements back then was that, at their heart, they were anti-Christian, I must also admit that I was never really a good Pan-Africanist because Marxism didn’t make sense to me. It seemed like something that lazy people would relate to. Not me. I was also never very fond of Kwanzaa either because too many Black Protestant Christians celebrated it. In fact, it was a running joke among my friends and me that Kwanzaa was Christmas for Black folk trying to ‘act’ Black. Yet, if I had known more about Judaism at the time, I would have called Kwanzaa, Hanukkah for Black folk trying to ‘act’ Jewish.

Rightly noted by Archbishop José H. Gomez, all pseudo religions tell their own “story of salvation.” and like Hannakkahh, Kwanzaa tells its story of salvation through a candle lighting ritual. Disrupting the Christmastide (the 12 days of Christmas) from December 25th through January 5th, Kwanzaa breaks in from December 26th to January 1st to teach its adherents that Umoja (Swahili for Unity), Kujichagulia (Self-Determination), Ujima (Collective Work and Responsibility), Ujamaa (Cooperative economics), Nia (Purpose), Kuumba (Creativity), and Imani (Faith), can be achieved without the help of God and His grace and outside of Christ and His Church. The pseudo-religious Kwanzaa story of salvation is that if people of the African diaspora work successfully work towards these seven key principles, they would reclaim their true national identity and be better off for having done so.

Back in my anti-Christan days, I am certain that I called Christ Jesus worse things than Kwanzaa founder Maulana Ndabezitha Karenga did when he called our Lord a “psychopath,” (Karenga, Maulana (1967). “Religion”. In Clyde Halisi, James Mtume. The Quotable Karenga. Los Angeles: University of Sankore Press. pp. 25. 23769.8.), but it demonstrates a great lack of character, grace, reverence, and virtue on the part of Catholics to follow and celebrate the path of a man who is unrepentant for having uttered such blasphemy.

Given that culturally Black Catholics of the political left persuasion and their allies always have something better than Christ Jesus, the sacraments, and Church teaching to focus on, it was to no one’s shock that the Knights of Peter Claver and the Ladies Auxiliary has dared to try to put hot sauce on dog feces by holding a celebration on Wednesday, December 29th, 2021 that they are calling Christ Kwanzaa Celebration, which is really no different than creating an event called Christ Ramadan fast, or Christ Satanic Black Mass, or Christ Diwali Festival, or Christian Yoga. It’s all just lipstick on a pig.

At the heart of every sin is an internalization of a sad confession; a confession that states that Christ Jesus is not enough for me, and this is why we find these appeals to pseudo religions, such as faith in political organizing, faith in skin color, and faith in the seven candles of Kwanzaa, and to their stories of salvation, because Christ Jesus, His Death and Resurrection, His Church, and His Sacraments are never enough for these people. They are always yearning for something easier to carry than their Cross, and something more tangible and more visible to hope in than eternity. If the choice were left up to us, we would always choose easy and avoid every costly sacrifice, but easy was not the Blessed Mother’s choice; it wasn’t Saint Joseph’s, and neither was it our Lord’s.

Just Be Faithfully Catholic! The Sacraments are Sufficient! The Death and Ressurection of Christ Jesus is Sufficent!

The Mass Nightmare from Church of the Holy Apostles (Virgina Beach)