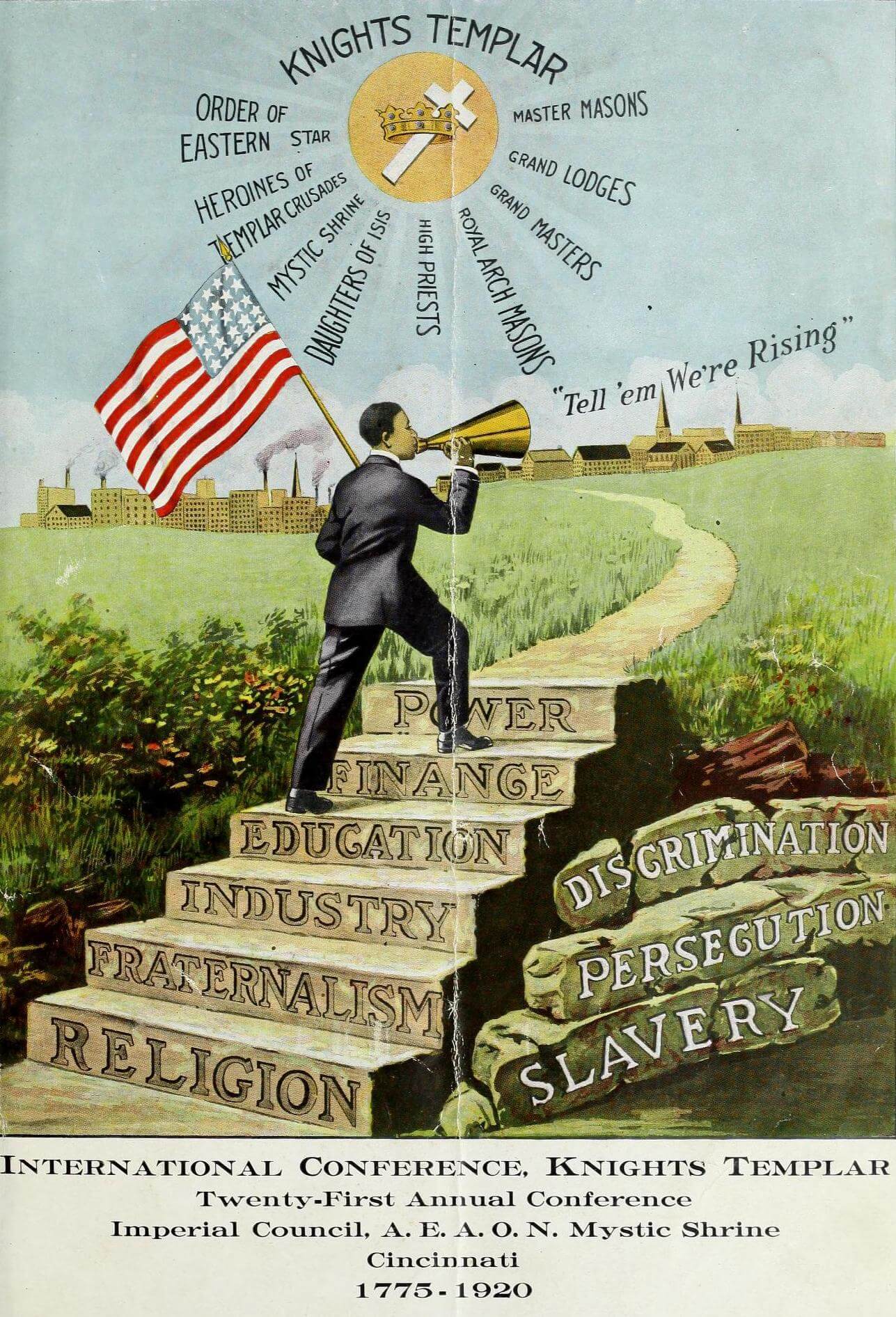 In 2003, I wrote what had soon become a groundbreaking book on the history of Prince Hall Freemasonry (the predominately Black sect of Freemasonry in America), entitled, Inside Prince Hall, which included a chapter entitled, ‘The Christianization of Prince Hall Freemasonry.’ Although I was an Agnostic-leaning Diest back then, I had to admire the culture and tradition of Protestant Christian religiosity, which the Black American sect of Anglo Freemasonry proudly evangelized, and which was the most impactful legacy of its founder Prince Hall. Now, having a clearer understanding of the devastation that Protestantism and Black bourgeoise fraternalism have had on the Black culture in the United States, here, I offer an amendment to that chapter.

This essay also proposes to correct flawed scholarship among Catholics who have scantily and in error written about Prince Hall Freemasonry. For example, in 1995 (last updated 2005) Brother Charles Madden, O.F.M. Conv., wrote, “While there is the Prince Hall system of Masonry for blacks, it is not considered authentic.” In his 2006 Masonry Unmasked: An Insider Reveals the Secrets of the Lodge, John Salza wrote, “The most notable exception of universal recognition involves Prince Hall Grand Lodges, which are almost exclusively made up of black Masons. While Prince Hall Masonry subscribes to the three symbolic degrees, it does not enjoy universal recognition.”

This type of errant and uncontextualized information about the predominant sect of Freemasonry among Black Americans; that ‘they have a Freemasonry, but it’s not like White Freemasonry,’ has led to the belief that Prince Hall Freemasonry has not been prohibited by the Catholic Church, and, thereby, has created a culture within Catholicism where the enrollment into Freemasonry and its appendant Masonic bodies has systemic among Black Catholics for over a century. Even recently, Malcolm Morris, the Grand Master of the Prince Hall Grand Lodge of Missouri, styled himself the first-ever Catholic Grand Master of his Grand Lodge. The notion that Prince Hall Freemasonry is a type of Freemasonry that is not prohibited is idea contrary to Pope Clement XII’s explicit statement in his 1738 Papal Bull In Eminenti apostolatus specula (“The High Watch”) where he makes no exceptions for the prohibition regardless of what a sect of Freemasonry is called, “these aforesaid societies of Liberi Muratori or Francs Massons, or however else they are called . . .” To which Blessed Pius IX affirmed in his 1873 Papal Encyclical Etsi Multa (“Although Many”) that the prohibition against Freemasonry is global, not regional: “Teach them that these decrees refer not only to Masonic groups in Europe, but also those in America and in other regions of the world.”

The Theme Mass Nightmare at Old Saint Patricks in Chicago

The Dark and Demonic Side of Freemasonry (My Experience)