The Liturgy of Jesus’ Entry into Jerusalem

Only the Synoptic Gospels pinpoint Jesus’ entry into Jerusalem as coming by the way of the south-east, via the city of Bethphage, at the Mount of Olives.  Mark and Luke say Bethphage and Bethany. John follows a different historical timeline all together here and does not even bother mentioning the foreplay in preparing to enter the Temple because, according to His theological timeline, Christ Jesus cleansed the Temple long before the death of John the Waymaker and the Multiplication of Loaves and Fishes.  Therefore, we will leave John for now and pick it back up later this Holy Week.

Drawing near to Bethphage and Bethany, Jesus tasked two of His disciples to complete a very important mission.  They are to go to the village next to them (probably Bethany) and to retrieve a tethered colt.  Matthew records that the colt was “tethered at a gate outside on the street.”  This may have been referring to an outer-gate, which served as an entryway into the town of Bethany.

Matthew, always wanting to present Jesus as the fulfillment of the law and prophets, takes the prophecy of Zechariah literally[1] by employing two animals throughout its account and portraying Jesus as actually straddling two different animals of two different sizes at the same time.  The other Gospels interpret the prophecy as referring to only one animal – the foal of an ass.

“And if anyone should say anything to you, reply, ‘The master has need of them.’  Then he will send them at once.”  Jesus had been very exact and deliberate in all of the details that He gave His two disciples about the colt that they were to procure.  Mark is unique in saying that the colt had never even been sat on before and that it was to be returned “at once.”  These two disciples were so knowledgeable about the will of the Lord in this instance that there could be no error in them misunderstanding their mission.  That Jesus was able to provide them with all of this information, and even with counter replies if they were challenged, does not exclude the belief that He foreknew all of this, but neither does it demand the belief that He preplanned all of it in advance.  I do not actually believe that it is spiritually relevant to believe either-or.  Obviously, there are enough examples in all of the Gospels to validate that Jesus was as spontaneous as He was pre-calculating and prophetic.  Perhaps the reason why John does not mention any of the preparation work is because he disagrees in saying that “Jesus found an ass and sat upon it.”

“So they brought it to Jesus, threw their cloaks over the colt, and helped Jesus to mount.”  Luke records that these two disciples not only threw their cloaks over the colt, but that they also, “helped Jesus to mount.”  Depending on how tall Jesus was, a colt usually does not require any great effort for an adult to straddle it, but the imagery that is being portrayed here is of the meek King and his loving stewards.

Jesus’ entry into Jerusalem seems to fit into the prototypical climax of nearly every Heroic tale.  Not long before the Hero makes his long-awaited stand against evil, he is always treated to fanfare from the local people who he has come to save.  The image of the cowboy riding into town on a white horse to save the day immediately comes to mind.  The night before his great battle, the Hero always carefully plots and prepares for his final battle, not long before he makes love to his fair maiden.  Upon entry, the pre-victory fanfare always catches him by surprise, but he humbly accepts it by either tilting his hat or exciting the crowd even further by raising his legendary sword or pistol into the sky.

Those are the Hero images that we have become accustomed to seeing and reading about, and all of them would prove to serve as great prototypes if we were able to call the entry of the Messiah King into Jerusalem as being a classic Heroes’ narrative.  Indeed, if it had truly fit, we could have, but fortunately, it does not.  The climax of the story, where the Hero is supposed to oppugn evil, does not happen at this point of Christ Jesus’ mission, but later on at Mount Calvary when some of the same people who had come to cheer Him on at His entry into Jerusalem would turn to join in with the High Priests, just a few days from this point, to demand that He be crucified.  Furthermore, what type of Hero King enters into town riding on a foal of an ass, or according to Matthew, straddling both a colt and an ass.  True enough, we love our humble Heroes, especially the kingly ones, but this Jesus character looks very weak, meek, and peaceful.  It is true – Messiah Jesus conquered Jerusalem not with unrelenting anger and violence, but rather with compassion and humility.

“Hosanna to the Son of David; blessed is he who comes in the name of the Lord; hosanna in the highest.”  All of the Gospel accounts are in harmony with each other in saying that Jesus was met by a sizeable crowd who had given Him a king’s greeting and blessing.  Luke is the only one that departs from recording that this crowd said Hosanna (which means Help or Save/Give Salvation I pray) as He entered Jerusalem.  The message being conveyed here with this greeting is that as they pay homage to the Messiah King, they are also simultaneously crying out to Him for help.  Psalm 118:25-26 is the source of this high greeting and it is actually still used today in the liturgy of Jewish Seder (Passover) ritual.  “In the highest,” refers to the Most High – Help, I pray in the name of YHWH.  Mark’s “Blessed is he who comes in the name of the Lord!  Blessed is the Kingdom of our father David that is to come!” is similar to a passage found in the Didache.[2]

The Synoptic Gospels insist that the crowd participated in welcoming the Messiah King into Jerusalem by spreading their cloaks on the ground before Him.  It is worthy to note here that an Israelite’s cloak was probably the most valuable possession on his or her body.  Therefore, this great sacrifice of their most valuable possession is immediately woven into their cry for help!

The Lucan narrative departs from the oral tradition which says, ‘many in the crowd joined in by spreading branches from trees onto the ground’, but John disagrees with all of them by informing us that these branches were not even from the native Judean trees, as Matthew and Mark posits, but they were actually palm branches that had to be imported from afar. (2 Macc. 10:7.)[3]  John may be making a symbolic statement here by linking palm branches with victory.  During the second Jewish revolt, the symbol of palm branches were used on coins.

When we consider Our Lord’s procession into Jerusalem through the light of the liturgy, we are drawn to the fact that the Holy Mass is filled with processions; from the entrance procession to the offering, to the communion procession, to the lectors, deacons, and priest all processing from one point to another, until to the dismissal – the Ite, Missa Est; everyone is processing to either give or to receive Christ Jesus.

Truly, the principal purpose of the liturgy of the memorial sacrifice is to divinize us in Christ Jesus, and through its rhythm of procession, it intends to remind us that we are not processing in this world alone. Yes, we are always moving – always on our way to the next thing, but the liturgy is reminding us that all of our movements should always be oriented towards Calvary; that in all of our movements we should either be giving or receiving Christ; that in all of our movements we should pick up our Cross – that in all of our processions Christ is with us and helping us to carry our cross. Indeed, there are only two processions in this world – there are those who are processing to Heaven and there are those who are processing to Hell. Our reminder on Palm Sunday is that our participation in the Kingship of Christ has paved the way for us to enter the former and that there is nothing that is stopping us from processing to the throne of our Heavenly King.

The Age of the Pandemic Persecutions

The Holy Mass is God's Promises Made and Promises Kept 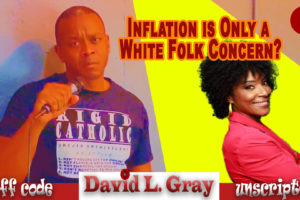 🔴 Is Pope Francis a Freemason (An Examination of the 8 Proofs)